While Instagram can be annoying for various reasons. Which I won’t name here because I don’t have a few hours, it does one great thing. At least for me, Instagram is the best place to find creatives. From fashion to art, I’ve stumbled across from my favorites over the past few years and that includes Nate Jones. Scrolling instead of working, as I usually do in the middle of the day, my thumb came to a sudden stop when I saw a piece of his on my little screen. A few clicks later and I was a fan of his Famous Hair Lines pieces like you wouldn’t believe. So it was a true fangirl moment come true when he agreed to chit chat with me about these pieces I love oh so much. So enough of me, let’s to get more from Nate Jones.

Kendra: From music to art, it’s clear you’re a creative person. Has that always been the case? Did you grow up drawing this and that while tapping your markers to a beat?

Nate Jones: Actually my first drawing was fan art ironically enough! I was maybe three when, after watching ET (on VHS plugged into a TV with tubes in 1987…I’m ancient) I clicked the tv off and went at it with some pencils and apparently had a very decent representation using two colors, meaning slightly more detail in my two analogous blobs than most kids my age!

Kendra: When it comes to your Etsy store, you’ve been doing pretty good for yourself in the past few years. What pushed you towards going online and selling art in that manner?

Nate Jones: It felt like a natural progression from selling prints in person. To reach out to some of the Instagram followers who wanted to purchase my pieces.

Kendra: I think I first saw your art on the Bob’s Burgers Instagram. I know it was Instagram (Note: It was definitely the Bob’s Burgers’ Instagram). Anyways, it was a Famous Hair Line piece. Where did the idea for that come from and who was your first character?

Nate Jones: The first version of this I did on a whim for my dad’s 65th birthday. I had a really detailed drawing of his poofy coif and a Fu Manchu mustache with a very aesthetically different font (far more ornate than my current selection of bebas neue). He loved it and I thought it may be something I could turn into a commissionable service for people’s loved ones. I put that service up on Etsy but no one bit. So I put it on the back burner until David Bowie’s birthday came up months later. I had the idea to change up the appearance of this concept and within four hours had a minimal version with a different font that I posted on social media only to get overwhelmingly positive feedback on. I booked my first con shortly after and had my first 24 pieces within months.

Kendra: With Famous Hair Lines you have an endless well to pull from. Do you feel like you’re creating a brand if you will with these designs?

Kendra: I see you’re doing conventions. Will you be at LA Comic Con this October?

Nate Jones: Unfortunately I will not! I really want to hit up more spots in California. I’ve only exhibited in San Francisco and Oakland thus far!

Kendra: When it comes to cycling, is there any part of that world that ties in with your art world?

Nate Jones: In terms of finding fun cities to do both in. I often have a) be the only person in the vehicle I’ve driven so as to have room for my road bike and b) have extra time to hit up bike trails…but I’ve had some great rides Charlotte, NC and Denver, Colorado as well as Chicago, IL!

Kendra: Can you tell the people what you have going on in the next few months? New designs? Conventions?

Nate Jones: I will be hitting up Imaginarium’s Wisconsin Comic Con in Milwaukee at the end of June, RTX 2019 at the beginning of July, Imaginarium’s Atlanta Comic Con July 12th-14th, Boston Fan Expo in August FanX in Salt Lake City in September! 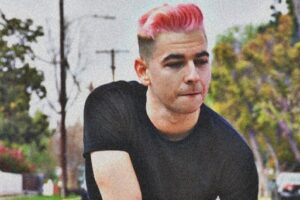 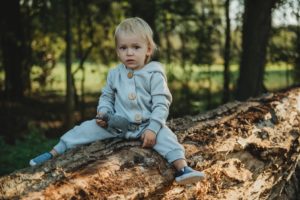 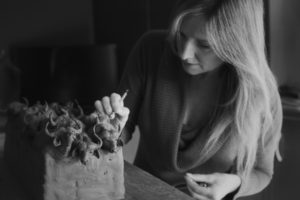