Since the ‘80s video games have been the foundation for so many of us. It’s what we filled our time with after school, looked forward to on weekends, and for some – it’s what we were doing when we had the first inclination to kickstart a new creative endeavor. In this case, I’m talking about Carl Scogland. His hands were on a controller one day and he was in a band the next. To this day video games still make a mark on what he does, including on his latest release, ‘Identity.’ We talked about all of that and then some in this new back-and-forth exchange.

Kendra: What inspired your initial drive toward making music?

Carl Scogland: I started playing music at a very young age after being inspired by my best friend’s father playing guitar. I’d go over to my friend’s house to play video games and I would always hear his dad in the other room practicing. One day I just told my friend, “Hey, let’s start a band like your dad.” Then over the next few months, his dad helped us secure our very first guitars. It wasn’t too long after that we started playing talent shows etc. in the Shreveport area. I was also in and out of rock bands in my early teenage years.

Kendra: With ‘Identity’ being your third album, how do you feel it compares thematically to what’s come before it? Like, did you notice you were allowing yourself more freedom to go down more personal roads?

Carl Scogland: Great Question, ‘Identity’ is a very personal album for me. It deals with so many issues I’ve experienced over the past five years (some of the most difficult in my life). The reason I called it ‘Identity’ is basically because there are a lot of self-discovery aspects on the album. You’ll find themes of self-reflection, personal loss, relationship difficulties, love, and personal growth.

So I would say it’s a massive departure from the older material. I used to always write in a way of how I thought people might want to hear a song. However, with identity it’s just an open letter to myself. I feel I definitely allowed creative freedom to exist during this process.

Kendra: In the title track, you sing about something that I wish was inescapable and that’s getting older. While it’s daunting, I have liked the independence that comes with age. For you, what’s been one of the more positive notes of celebrating your birthday with each passing year?

Carl Scogland: Again such a thoughtful question and I want to thank you for that! As a musician, I think one of the most daunting tasks when it comes to age is trying to internalize that your younger dreams may not truly come to fruition – but that doesn’t mean you have to give up on your creative outlets. I always struggled with this concept when I was in my early 20s, I would make promises to myself where I’d like to be musically by say 25, etc.

However, I soon came to realize that thinking like this only leaves you feeling empty inside when those dreams are not fulfilled by the timelines you set. The moral of the story is that there is never an age limit on when to stop dreaming- you just have to keep your drive up and do the things that mean the most to YOU, not some unfulfilled expectation you set for yourself.

Kendra: However, one thing I appreciate is nostalgia and my childhood loves are things I cannot shake like old music videos and boy bands. For you, video games are a way of life. So much so that you penned “Video Games.” With that, what video game character do you think would vibe most with ‘Identity,’ and why?

Carl Scogland: I thoroughly enjoy the ‘Diablo’ series and I’m super excited about ‘Diablo IV’ coming out next year – So much so that I just purchased an entirely new gaming computer in anticipation of it.

As far as characters from the game that may vibe with the album the most, I would have to choose the necromancer – mostly because he’s darker, mysterious, and I’m sure full of self-reflection/understanding. I do think there are quite a few songs on the album that have that darker rock theme such as “waiting on you” and “ebb and flow.”

Kendra: The album as a whole, as we’ve seen, covers a lot – this includes love and loss. These are two themes we’ve heard in music since the start, but which do you think allows for more creativity when musicians sit down to write?

Carl Scogland: Ohh I think it’s definitely love…if you listen to my song “You & Me” I literally say in one of the verses …” I Said I wasn’t going to write another love song but here I go again.” It’s just something I always use to gravitate towards. It was so hard for me to not want to put more love songs on this album like I have in my previous albums. I dunno why but in the past, I always gravitated toward writing songs about relationships or the lack thereof.

Carl Scogland: Linkin Park – I’ve always been a huge fan and their music helped me massively in my teenage years.

Kendra: Lastly, with ‘Identity’ out on October 14th, what’s on the horizon as we head closer to 2023?
Carl Scogland: I have a lot of video content coming soon and I will be gearing up for a tour of some sort for the album in 2023. So the remainder of 2022 will be focused on locking in some dates and promoting the album as much as possible! 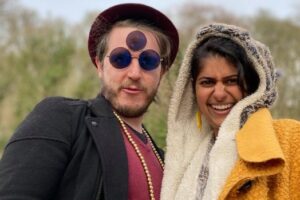 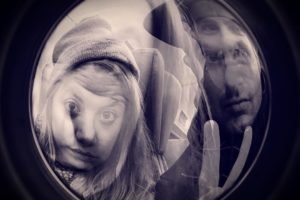 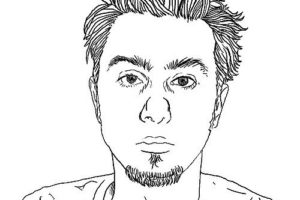 Kindergarten. For many, it’s their first time out in the[...]