A one-man operation, Colour Film is a singer-songwriter with a lot of heart. That’s not just a saying either. One listen and you’re convinced he wears his heart on his sleeve. Taking from the world around him and puts it into song. Whether it’s his travels touring or a simple bike ride with his wife and daughters. The latter being the inspiration behind his latest single, “Open Road.” He talked about the single, the family, and the future.

Kendra: It’s always interested me when solo artists fly with a pseudonym. What’s your reasoning?

Colour Film: There are a few reasons. Using a pseudonym provides some freedom and flexibility to record and perform solo, with a small ensemble, or with a full band. It’s also an opportunity to give the music a bit of context, almost like saying “Keep this in the back of your mind while listening.” I chose the name Colour Film because it says something about me and my music. It comes from the title track of an album called Colour Film released under my own name in 2012. Not at all confusing, I know. The song is a reflection on seeing home movies of my grandparents from the 1960’s when they were much younger than I’ve ever known them being.

Seeing those silent films made me realize that my grandparents are just like me – they started out young and are getting older one day at a time – and that I have a lot more in common with them than I thought. So the song is important to me personally, but also when I thought about it, I realized that I often write songs with a visual element – some characters, a plot or situation, a distinct setting, some details that hopefully bring the song alive in a listener’s mind. Almost like the song is a home movie in your mind’s eye. Sometimes it’s subconscious, sometimes it’s intentional, but it seems to be a recurring theme in how I approach songwriting. So “Colour Film” felt like a fitting umbrella for my music.

Kendra: For the past 12 years, you’ve found yourself touring all over North America and Europe. Were you a family man that entire time, or has becoming a father made it harder to get out on the road to that extent?

Colour Film: I started touring a few years before our first daughter was born, so I got to learn the ropes before becoming a father. After the first daughter was born, I kept up a busy touring schedule for a few years. I was home more than I was away, but I was out on the road a lot. As that daughter grew older and started to notice that I was often gone, it got tougher for me to be away so much. So I slowed down on the touring a bit, especially after our second daughter was born. I still tour, but the tours aren’t as frequent and long as they used to be. Having kids does make touring harder, but I think the tradeoff is worth it.

Kendra: More about your family in a second because we have to get to some music. You’re not a new artist fresh out the gate with a debut. You’ve had a number of albums come out. With that, what do you think is the biggest lesson that comes out of every album cycle?

Colour Film: Creatively, the lesson learned is to find the right people to work with. Then the music will take care of itself in a way. There’s definitely still creative labour involved. However, if you get the right people working together in the right situation, the right things happen pretty naturally.

On the non-creative side, I’ve learned to take some time and not rush a release.

Colour Film: Sometimes that’s how it goes, and those are often the most enjoyable songs to write. More inspiration, less perspiration. Sometimes an idea comes more or less fully-formed and you just have to give it a body, so to speak. But other times there’s just the kernel of an idea that takes some work to discover and flesh out. That goes for both music and lyrics. Sometimes you get an idea, either from real life or out of the blue, and you know exactly where you’re going with a song. Other times, you have to grope around in the dark to find your way. Both processes can be rewarding in different ways, and I’ve learned to accept them both. I try to leave myself open to inspiration whenever it may come and open to putting in the perspiration when it’s needed.

Kendra: Other than this song, how has being a father and a husband impacted your songwriting and thinking as an artist?

Colour Film: It’s certainly opened up a whole new side of life and unlocked a new set of experiences and emotions. There are new inspirations from which to draw and new stories to tell. The flip side is that there is a lot less time and energy available for channeling them into songs. So having a family has meant that I don’t write quite as much as I used to but also that I’m more conscious of time and a bit more efficient in how I use it.

Kendra: What’s on the calendar as we head towards the end of summer and the fall?

Colour Film: I have a few shows coming up. I’m organizing a concert in November to celebrate the 50th anniversary of The Kinks are the Village Green Preservation Society and raise money for land/green space conservation.

I’m also working on new material and letting the mental wheels turn on the next recording project.

And since my wife is a farmer in the midst of the busy season, I’m helping her a fair bit. Farm work is physically tiring, but it’s often mentally refreshing. Getting away from music for a few hours or days at a time seems to clear the head. Almost like putting your head above the water and taking a few deep breaths before going back under. 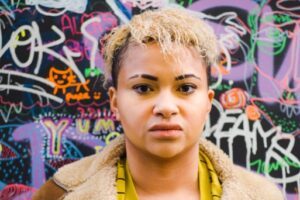 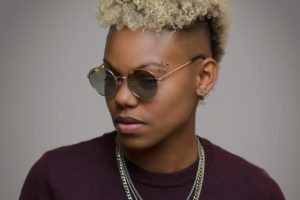 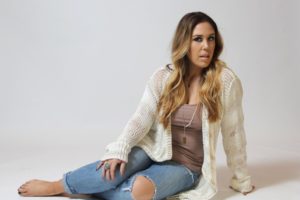 Having watched Degrassi for nearly half my life, I am[...]