While many of us would love to forget the past couple of years for obvious reasons, there is still so much to keep tucked away as everyone did at least one notable thing since the world…took a turn. I left the comfort of California for the first time, celebrities realized we did not care if they banded together in mansions to sing John Lennon, and the band Yur Mum went through some ch-ch-changes. We talked about what it was like to downsize, the new album ‘Tropical Fuzz,’ and so much more…

Kendra: A lot had happened since y’all dropped a record. The world broke, many lost their dang mind, and Yur Mum went from a trio to a duo. After you both were like, okay – we’re still in this, did either of you look to notable duos in music to sort of study them sonically to see just how you may approach moving forward as a pair?

Yur Mum: Yeah, crazy times, but we are still here and quitting was never an option. When we’ve decided to go on as a duo the main thing in our minds was ‘We cannot sound weaker…’ So Fabio who’s also a guitarist started digging his dusty pedalboard, and answering to your question, we have studied a bit of the likes of Death from Above 1979 and Royal Blood and what kind of gear they use but always aiming to find ‘our’ sound and not simply rip them off. Interestingly enough, we’re friends with Minatore and White Miles, both excellent duos whom we had the pleasure of sharing the stage with many times, so we had an idea of the possibilities and limitations every duo has to face.

Kendra: So a lot of records coming out post-2020 have been inspired by the year that was but not your upcoming Chapter 22 release, ‘Tropical Fuzz.’ Nope, you said the ideas for this record weren’t a reaction to the chaos of the world around you. With that being said, what did play a huge part in inspiring this record overall?

Yur Mum: The changes we were going through and the need of new songs that would reflect our decision of becoming a duo were the main drive for a new album. We originally wanted to try the new tracks on stage and then release them as singles but 2020 changed our plans, innit?

Kendra: We’ll hear more like “Banana Republic” on the record, yes? That song has such a rebellious nature to it with the charismatic edge and the overall gritty shell. Was this the first song you two worked on as a duo that felt like you were taking yourself in a new direction towards where you wanted to elevate the band in the next chapter?

Yur Mum: You will definitely find more songs with the “Banana Republic” feel and edge. This album was a lot of hard work but also great fun. “Banana Republic” was an idea first brought up by Fabio and it was part of the first batch of new songs. The first songs we have worked on, before considering the album, were actually “Black Rainbow” and “Tropical Fuzz.” They are very different from each other, it’s almost like the past meets the future. I guess these two songs have set up the tone…Yur Mum tone in a fuzzy way.

Kendra: When it comes to UK and US punk, what do you think the huge differences are?

Yur Mum: We are not Punk connoisseurs, but I guess from the little we know, the US bands have a more melodic approach than the UK ones. But then, you can have a lot of current ‘Punk’ bands here that follow the same path…I guess they’re constantly inspiring one another. Anyway, we don’t consider ourselves a punk band but we definitely have a huge punk rock influence.

Kendra: You have some fall dates coming up. Will fans be hearing more new material from ‘Tropical Fuzz?’

Yur Mum: We are playing all the songs from the album all the time so YOU BETCHA.

Kendra: You were supposed to play a festival in early September that was canceled due to some positive tests from those who were going to be involved. Has this aspect of playing live set in as the new normal for the time being for you yet? Like, shows may have to be taken off the calendar if things aren’t 100% safe?

Yur Mum: Humans can adapt incredibly fast, and I guess we are ok with the way things are (for the time being) as long as this means more gigs in the future and everyone feeling safe about going out. It sucks when you are a band and have to cancel due to sickness, but it’s the responsible thing to do. It generates trust, and we can only hope the audience is also taking things as seriously as we are.

Kendra: With a new album out now, what else can people look out for from Yur Mum?

Yur Mum: We have a couple of music videos in the works, we’re also doing some silly react videos on our Youtube channel. 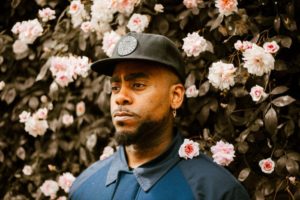 Time To Meet Jodie Abacus in the Middle

Working hard throughout the latter half of the year, London’s[...] 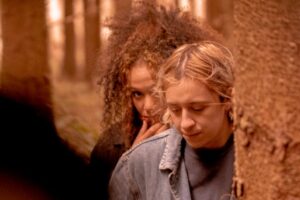 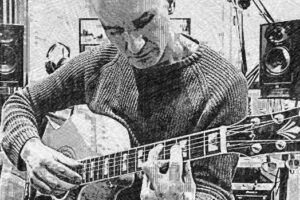 Born in one of the greatest eras of music, it[...]