Nobody comes to Los Angeles just for the weather. Everyone has a goal in mind and when Courtney Paige Nelson first rolled up, music wasn’t it. Thankfully, this self-proclaimed Slytherin with a pinch of Ravenclaw in her heart was able to find her way to this creative outlet and while many wandered aimlessly through 2020 – Courtney Paige Nelson was putting in the work. We talked about her projects from last year, how important it is for artists to speak up about mental health, and her plans moving forward – because there are plenty.

Kendra: People who move to big cities to follow their dreams have all my respect because that’s some next-level terrifying to me. You headed out to LA at 22 but didn’t sing on a stage until 6 years later. In between, you found yourself in the top four on ‘America’s Next Top Model.’ Do you feel like your time modeling helped you in any way when it came to shifting your attention towards music?

Courtney Paige Nelson: Yes, I definitely came to Los Angeles from San Francisco to follow a dream…but that dream wasn’t music at the time and I didn’t think it would ever be that. I came here originally to model. After a few years of failed agencies and random jobs, I was about to quit and go back to school. During that month I decided that I got scouted for ‘America’s Next Top Model.’ I think that was my first taste of seeing “fate” actually work. Even though I didn’t win the show, it gave me a platform that eventually would turn into a platform for what I’m meant to do which is music.

Kendra: Now you’re in the thick of your music career and throughout 2020 you tackled your mental health journey via a musical story that came in three parts, or rather songs. Each one perfectly displays what you were going through at that particular time, and you ended last year with “Saved Myself.” As someone who also deals with mental health issues, it’s a rough road to travel – especially when dealing with those inner demons. What is your best advice for those looking to indeed, save themselves?

Courtney Paige Nelson: Thank you! Yes, I used 2020 to my advantage in the sense I focused on my music because I wanted to be ready in 2021 when things start to open up again. I think diving into my work and really focusing on what I want in life helped me keep my spirits up in quarantine. I feel most at peace when I’m working towards my goals.

I think the first step when trying to overcome your mental health issues is to get the help you need. Everyone needs something different, for me, it was going to treatment and getting what I needed.

Kendra: You’re proud to call yourself a mental health advocate but even 10 years ago, I think that would not have been something an artist could do as there was still a bit of a taboo around the idea. How encouraged are you that these topics are more widely spoken about now?

Courtney Paige Nelson: There is totally still some taboo, but as an artist your job is to be honest with people. I don’t think I could call myself a true artist if I wasn’t as honest as possible with people. It’s the same thing with my music, I’m giving people a look inside my headspace and helping people understand that they can relate to someone. I don’t ever want to put out music that isn’t honest and true to who I am as a person. I’m not concerned with how many people are speaking out on mental health, as long as I know I’m doing my part.

Kendra: Again, you ended 2020 with “Saved Myself” and now you’re back with “Cease and Desist” which is the lead single to a brand new EP you’re dropping at the start of March. Your vocals always come across really strong, but there was a sense of domination in this song that felt like a new side of you. What sort of moods drove you when working on not only “Cease and Desist,” but the new EP?

Courtney Paige Nelson: Thank you! I appreciate that. I definitely have worked on myself as I said the past year when it comes to my career and artistry. I really wanted to figure out what the next step was in my music and I think I finally found my sound. This EP is something I’m extremely excited about because it’s a new side of me that I get to share. From the writing to the production. It’s going to be very different from what people have previously heard and I’m extremely excited about that.

Courtney Paige Nelson: 2020 was a complete blessing for me. It made me realize how precious time and work ethic is. I’ve always been a workaholic but this made me supercharged. I realized I need to be 10 steps ahead, not five steps because in life there’s always going to be someone who’s willing to work harder. So that’s what I did!

Kendra: Usually, this is where I ask people what they have planned in the coming months but with the world in a strange place right now, plans aren’t as concrete as they typically are. Can you go ahead and let us know what you have tentatively planned?

Courtney Paige Nelson: Well, I actually have a lot planned! I have my EP, an amazing jewelry collab coming out, some features and collabs, and some other stuff I can’t announce yet! I’m really excited for this year and to see where it takes me. 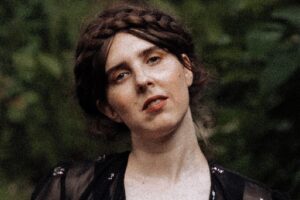 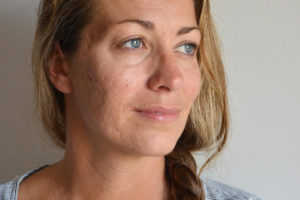 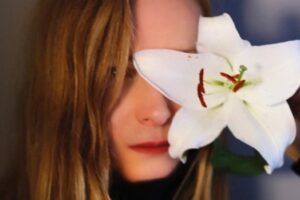