It’s been almost five years since Kat Knix and Plushy became one and kickstarted the whirlwind journey that’s been CRISP&CLASSY. They’ve gone on to make the East London scene proud, but are ready to expand their horizons and inspire the nightlife near and far with their June 2022 EP, ‘The XTRA CRISPY Remixes’ just in time for summer. We talked about the seasonal undertones, video games, and more with their own Kat Knix in this back and forth exchange.

Kendra: So I’m originally from Southern California. I say that because there is a huge distinction between the north and southern region, and I noticed that you two-note you’re from East London. Is there a clear difference between the east and western parts of your city? In particular the music scenes?

Kat Knix: People from all around the world gather in London to find their chosen families. East London, compared to other parts of London, is dirtier, grittier, messier, and crazier; just the way we like it. East London contains an unlimited amount of creative powerhouses. Every day there’s always something cultural to do; live gigs, exhibitions, and art performances. You feel a creative freedom in East London that you can’t feel anywhere else. And we love being part of this world.

Kendra: Since we’re on the subject of locales, you got to work with EVEHIVE who hails from a world away in Rio de Janeiro. Were there any aspects of EVEHIVE’s part of the world that you wanted to make sure were included in “Gave U Life?”

Kat Knix: We wanted ‘Gave U Life’ to travel to new parts of the world, which is why we were so excited to give EVEHIVE free hands to remix the track. We especially wanted her Brasilian jungle beats to come through, and she did not disappoint!

Kendra: In “Gave U Life” there’s this line that I kept going back to, “smells like basic.” A read if there ever was one. In regards to music though, what’s a way an artist can truly smell as basic as can be?

Kat Knix: In our world, being basic in the music industry is to bring your most attention to what the masses want, when you should focus on what you want. For us, it’s always been important to put our own creative vision before anything else. Cause if you don’t love your own music, how can your audience love it?

Kendra: The new album, ‘The XTRA CRISPY Remixes,’ drops just in time for summer. Which, I do believe the warmer months and remixes just go hand in hand. Do you find that to be true, that remixes tend to be summer anthems more often than not?

Kat Knix: There was definitely a thought behind that, so thanks for noticing!

We love to go out dancing all year round, but the way Summer nights never ends and temperatures are high, gives you easier access to the nightlife! Nothing beats dancing in the sunset to a great DJ set surrounded by a sweaty crowd.

Kendra: Listening to the music took me back to getting my first SEGA for Christmas back in the day. Being that you two are ‘90s, kids, as well – I’d love to know what remix off the album you’d want to be placed in an old-school video game and why?

Kat Knix: Definitely High Cheru’s remix of “Infatuated.” This remix takes you to the most fabulous video game you’ve ever played. High Cheru is giving you sparkly rainbows, yet with a cocky accent. Imagine glittering 16-bit electro vibes mixed with Tami T influences and K Pop. Once you hear it you’ll know exactly what we mean!

Kendra: Sticking with the ‘90s for a second, is CRISP&CLASSY, in any way, an homage to C+C Music Factory?

Kat Knix: OMG, we’ve never thought of that before! We’ve always been very inspired by C+C Music Factory, so maybe it was an unconscious decision. Who knows?

Kat Knix: It would be a dream come true to meet Peaches in person. They, like us, understand the value of cocky and challenging lyrics that punch you in the face. We would have a lot to talk about while enjoying liquid refreshments backstage!

Kendra: Lastly, with ‘The XTRA CRISPY Remixes’ out this June – anything else you can share with us, perhaps tour plans?

Kat Knix: We’re gonna take a well-deserved Summer break, using The ‘XTRA CRISPY’ Remixes as our Summer soundtrack! And then, who knows? Maybe some collabs, gigs and more music! We can’t wait to see what the future holds! 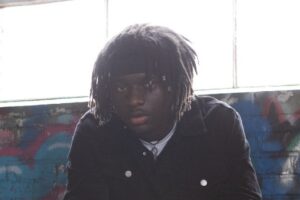 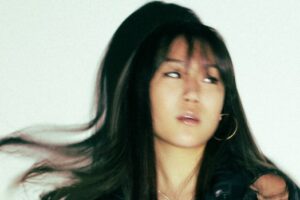 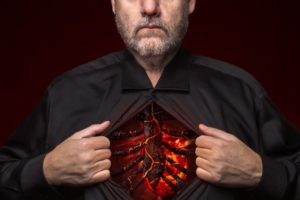