May | Stars The Limit

“The solar plexus, more traditionally known as the coeliac (belly) plexus, gets its new name from its resemblance to the sun with nerves meeting in the center, creating rays of nerves radiating outward to many other areas of the body. The solar plexus chakra also has much to do with motivation, willpower, and purpose, which stem from one’s sense of personal efficacy.” – Chakras 101

Embracing both the light and dark in ourselves and in any situation can be wholly transformational. In fact, that type of perspective could be, and often is, considered an art form.

Contrast is an essential part of any creative study and over the past year that study, in and of itself, has become an art form.

For contrast to occur, however, a firm concept must be in place. A steady, clear, solid, idea, brush/pencil stroke or word, is the beginning of contrast. For, it is in the midst of the “in-between” places, in moments where questions arise and feelings emerge, that contrast offers clarity into both the light and the dark of everything.

Many groups and individuals have touted the benefits of observing, accepting, and even embracing contrast in one’s life. Artists, mental health professionals, and spiritual gurus have all weighed in, at some point, about this foundational, alchemical, and, yes, even career-launching subject.

In fact, in 1851, the author of “The Theory of Effect: Embracing the Contrast of Light and Shade, of Colour and Harmony,” artist John Bengo, maintains that an artistic understanding of contrast is essential in truly being received and respected in one’s profession:

“Rembrandt, by his consummate knowledge of effect, gave that magic representation of light and shade, that raised him to the highest rank in his profession, which, with his deficient skill as a draughtsman, he could never hope to obtain.”

There is an art to graciously receiving anything—and it’s probably a good thing that Rembrandt was long gone after Bengo weighed in—including the tangible the intangible as well as the imaginative thoughts and creative flow.

Many people use creativity to transmute the darkness that traumatic events can cause into beautiful pieces of artwork.

The challenge with any creative endeavor that involves traumatic darkness, is that it can be re-triggered and stop that process in its tracks. The delicate dance with the darkness can offer healing for both the artist and audience. Only the artist can understand the unfolding and expression of the trauma that will bring culmination in the finished piece.

Embracing the contrast in life can impact our mental and physical health, as well. Charlotte Skogsberg, a yoga teacher with a degree in clinical psychology, uses her challenging and changing locations and climate (moving from a tropical environment to a mountainous environment) to deepen her awareness:

“What this contrast does is that it makes me ACUTELY aware of the details in the moment. I become very present. I also become aware of my capacity. That there are things I am capable of that I might not have been or might not BE capable of doing at another point in time. This creates a feeling of humility, not only to my body’s limits and capacities but eventually towards things around me too.”

Moreover, metaphysical and spiritual teachers facilitate an understanding of embracing contrast for an easier flow in attracting and receiving one’s hopes and desires. Esther Hicks, a well-known channeler of an entity called “Abraham Hicks,” has long spoken about the role of contrast in the “Law of Attraction.”

“Contrast is essential to decision, but once the decision is made, if you will turn your full attention to your decision and do your best to achieve a vibrational match with that decision, in very short order, the Universe will go to work in helping you to achieve whatever it is that you are wanting.”

In other words, no matter how it is viewed, utilized, or understood, contrast offers a peek into the depths of understanding the multi-faceted human experience. 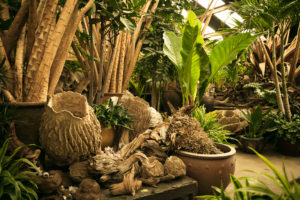 ZOCIALIZE AT OUR LIVE EVENTS

ZO ENGAGES THE WHOLE ARTISTIC YOU! Our mission is to[...]