When it comes to making her way through this crazy world, ESS SEE is no ordinary woman. With her new album, Waiting for the Sky To Fall, out this Friday we wanted to catch up with this true DIY queen. We covered everything from her small-town roots to the confidence she’s gained over the years to her single, “No. 1” that’s a total mood.

Kendra: Being from a small town in California, a place like NYC overwhelms but always excites me. How long did it personally take you to adjust from Arkansas to NYC and did you ever think of relocating to like Austin or LA for your career or was it always NYC?

ESS SEE: Growing up, I always wanted to live in a much bigger city. I ended up working my way up the east coast starting with Savannah, GA for college and then a brief stint in DC before finally settling in NYC. I think the time in other places softened the culture shock I might’ve felt otherwise. Once I was here, I was hooked. I don’t think I had much of an adjustment period, to be honest—it was love at first sight. Today, NYC feels more like home than any place I’ve ever lived.
I’m energized by the people and the endless creativity, drive, and grit I see daily. I can’t imagine living anywhere else, and generally, I don’t. If I needed to move someday for my career, I’d consider it (and probably do it in the name of growth), but NYC will always have my heart.

Kendra: You started to do your own thing a decade ago. From 2009 to today, how would you say your approach to DIY has evolved for the better?

ESS SEE: When I first started, I was intimidated by the idea of making music on my own. I had no idea what I was doing and kept most of my work to myself for years. But at some point, I ripped off the band-aid and began sharing it with friends, which eventually grew into my first EP, Ordinary Woman.

Since then, I’ve gained confidence in all aspects of my craft – performance, production, writing. My studio has grown. My equipment has been upgraded. I graduated out of GarageBand into Logic and Ableton. I’m much more disciplined with my time. I’ve found a community of musicians and producers to work with who push me creatively and are excited to collaborate. I’m constantly (and now unapologetically) learning more and more. I let go of the fear of “doing it wrong” and embraced the excitement of growing as an artist. Living in that freedom is the greatest.

Kendra: Your latest single, “No. 1” is a mood for the ages. What set those wheels in motion when you started to pen this song and did you know right away it’d be a single?

ESS SEE: Thank you! And, OOOF! The wheels were set in motion by a lover who put himself and his own needs in front of mine over and over again. I was stuck in a loop and I was tired, but also fired up. “No.1” was my way of speaking up for myself after feeling repeatedly taken for granted. I wanted to be heard, respected, treated as a priority. I wanted to be taken seriously.

When I wrote it, I wasn’t sure it would be a single. My guitarist, Charlie Rauh, and I began playing an acoustic version at shows and it began to feel much more revealing and intimate to me in this form. In the studio with my producer, Julie Kathryn, we worked and worked on this track (probably more than any other on the album) to capture the level of tension and frustration I was feeling. During this time (and maybe it’s because it’s where my head was at) I also kept running into people in similar situations, so I began to realize the song could give voice to something very common and human.

The final confirming factor for me to feature “No. 1” as a single came after I shared some of my songs with Falty DL and he chose it for a remix. His spin on this track beautifully captures a heightened level of darkness and suspense. After all that, it felt like a no brainer to me to share the song as a triple-single – showcasing all three versions.

Kendra: When you look at your upcoming release, Waiting for the Sky to Fall, next to 2017’s Ordinary Woman what lyrical growth do you personally see?

ESS SEE: With Waiting For The Sky To Fall I found new courage and comfort to be more transparent in my lyrics. I drew off personal experiences (good and bad) on this album whereas Ordinary Woman was a little more scenario-based. This time around everything is out in the open for everyone to hear.

Kendra: Also, were there any songs or ideas that you scrapped from Ordinary Woman that still didn’t make it onto Waiting for the Sky to Fall that may find a home with the next record?

ESS SEE: Yes! I have a library of songs that still need a home. Some of them I didn’t feel were quite right for this album or weren’t finished yet, but I’m confident their time will come. I tend to hang on to them until they’re ready to live out in the world – for example “Dance In The Dark” (included on Waiting for the Sky to Fall) was written in 2010.

Kendra: You’re not afraid to expose yourself when it comes to music. Have you always been fearless in that way?

ESS SEE: I’ve mostly always been like this in my writing, but that’s probably born out of a fear of being disingenuous. It took a while to get the guts to share myself publicly. Ironically, that’s now something that fuels and drives me to keep going.

To see ESS SEE on the road, check out her current dates here. 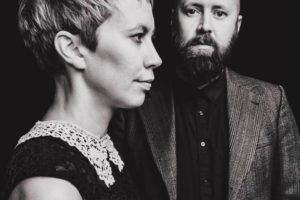 Getting Lost in the Wilderness with Hundreds

Photo Credit: Andreas Hornoff Fotografie When it comes to style,[...] 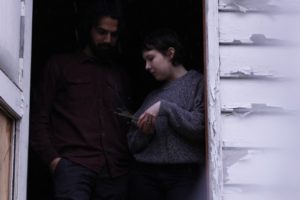