Hitting play on Freedom Baby‘s “When We Go” instantly takes you back. For some, it’s straight to the ’70s. For people in their late 20’s and early 30’s, it’s back to their childhood when they’d watch reruns of ’70s sitcoms on Nick at Nite because that’s what “When We Go” feels like; a fantastic ’70s sitcom intro, retro. Which Eric and Brianna of Freedom Baby said they were aiming for in many ways.

“We wanted the first song to have that feeling of, like, when you dust off the ol’ MP3 and listen to this EP in twenty years with your kids who think you’re totally lame, that when you first hear the horn intro it brings you back to a simpler time. The song just had “first song” written all over it. It wasn’t necessarily written that way. It feels like triumph is a good way to start an album. Triumph or defeat.”

We talked more about “When We Go” as the inspiration came from the inevitable we’ll all face, as well as the importance of one song from 1999.

Kendra: A relationship is hard enough to make work for most. What made you want to add being creative partners as well into the mix?

Freedom Baby: We saw how well it worked in the past with bands like Fleetwood Mac and felt it was the obvious thing to do.

Kendra: Did you have musical aspirations before meeting or did you bring it out in one another?

Freedom Baby: We’ve both been a part of different projects over the years before making music together. I think we bring out different facets of each other’s musical personalities and we both have a way of pushing one another to bring our music to the next level. Whatever the hell the next level means.

Kendra: How have you noticed the other’s musical growth from when you two started recording How You’ll Grow to now?

Freedom Baby: I think when you’re constantly working on something there’s always going to be improvements. We’re both learning how to play to our strengths and it’s cool to see us getting better with each recording.

Kendra: “When We Go” was inspired by the end. Death actually. Death played a part, from all sides. If there is an afterlife, what’s more, important in terms of being there…music or former pets?

Freedom Baby: Definitely pets. Dogs though. If I had to choose between cats and only hearing Smash Mouth’s “All Star” for an eternity. I’d pick “All Star.” Eff cats.

Kendra: An oldie but goodie of yours is “Video Daydream.” What video from your adolescence did you often daydream being a part of?

Kendra: Will you be playing in and around Toronto soon? Or even heading out of town?

Freedom Baby: We’re doing our album release show at The Drake in Toronto. We’re going to plan a mini-tour. Who knows, if we all of a sudden blow-up, we’ll tour the world. See you in Japan.

Kendra: Because you’re about to drop a new album at the start of March. Other than potential touring, what’s coming up for you two?

Freedom Baby: We have a few surprises that we totally want to tell you about, but we’ve promised one another we’d keep it a secret, cause it’ll be cooler that way. We’re all about image, man. 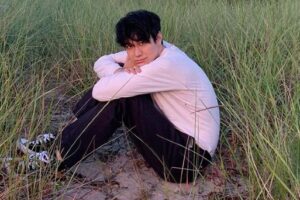 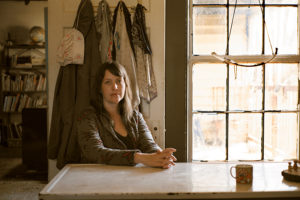 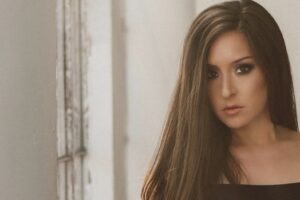 The Ballad of Dina Layzis