Inspired by sounds that helped shape the foundation of modern music, King Washington formed to bring that classic rock sound to the 21st century. Having toured with the likes of Arctic Monkeys and Collective Soul, they’ve managed to gain quite a following – one that was excited to hear news of their record deal with The End Records for their upcoming album, due out this May. We talked about the album, their pasts, and of course where they’ll be heading…

Kendra: Growing up with creative parentals, would they have been more surprised if you wound up in Med School rather than in a band?

Tyson: I think they were more concerned about my drug addiction, aka the ice cream truck/cap gun collection. Despite popular belief, my childhood passion was filmmaking and acting. Outside of my Weird Al obsession, I had no interest in music at all until my mid teens when I discovered Classical (Romantic Era) and British Invasion groups.

Kendra: Moving onto your style and influence. Very heavy into the rock of the ‘60s and ‘70s and being in LA, have you three had a chance to head to Topanga Canyon to take in the area where a lot of music was made back in those days?

George: We’re no strangers to the canyons…currently, I live by Laurel Canyon and we played shows during our early years in and around the Topanga Canyon area. That original California sound is a tradition we love, respect, and hope to keep alive in the world.

Kendra: Perhaps some of your upcoming record was recorded over there? Which, you actually went through something that seemed life changing and that went onto to help write this record. You’ve said this album encompasses pain, growth and acceptance but if you had to be bias – which of those three fuels the writing process for you the most?

Tyson: There’s no question that pain is the fuel. It’s always the fuel….Once you experience it, the others follow. It’s just a matter of being able to funnel it. Some people project their pain onto others by acting a fool. Others play sports, work out, or shoot guns. Some distract themselves and ignore or put off the feelings. Maybe all little of everything, but if you ask me, all the best songs were written from people who have gone through some serious shit. Something that happens that you can’t help but express through anything but what you know best, whether it’s writing or painting or dancing.

Kendra: Fans are loving “My Reflection,” but it made my mind wander to that Christina Aguilera song from Mulan that goes by a similar name. With that, if you had a chance to remake a Disney classic, which would you go with?

Billy: Since we’ve already got a head start on it, I’d have to go with Peter Pan. “Land Without Age” could be a single, and we’d develop the Indians with a Red Mahogany side story, making use of “The Legend of Red Mahogany” toss in a proud baritone pirate shanty b-side and a few epics for atmosphere, and we got ourselves a film that would put 2015 Pan’s lazy hit song licensing strategy to shame.

Kendra: Out on the road in January, any other dates in the works this year?

George: We’re doing a run during March up the Pacific Northwest, crossing over to Colorado, and back to CA after SXSW, which we’ll be playing for the first time. Then we’ll be releasing our third studio album in May, so follow us on the social media to stay up-to-date with our tour schedule after the release.

Kendra: What else can we expect from King Washington in 2017?

Tyson: A new record. A new look. A new outlook. A fusion of new sounds. Unity and liberty. 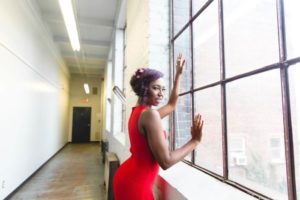 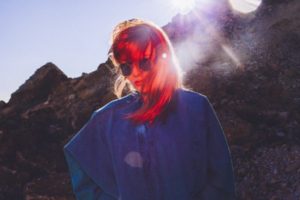 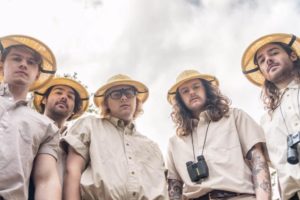