They say behind every strong man is an even stronger woman, but in the case of Girl God – there were a handful of women pushing this musical poet further than he could have ever realized. The African-born artist pays homage not only to the women in his life but women around the world with his latest eponymous release, out everywhere on July 24, 2020. We talked with Girl God about the music, the message, and more in this back and forth exchange.

Kendra: You came up in West Africa in the ‘90s surrounded by utter chaos. You’ve noted that it was a special group of women who kept you from spiraling in a negative direction. Do you ever think of what could have been?

Girl God: The group of Women, “Gods” as I call them, showed me that I was more powerful than any negative direction. Therefore any situation the war presented I could prevent it from infecting the love within me. If it wasn’t for them I would’ve been a victim of my circumstance and not a King recreating them.

Kendra: Was music something you felt you needed to convey yourself, or was it just the next evolution of your poetry?

Girl God: Music has always been all around me in Africa. But I became a composer during the war by using its sounds to conduct tragic actions into victory scenes. From those moments I became a poet.

Kendra: Did any of your earlier poems make it onto ‘Girl God?’

Girl God: No, I keep those poems in a place where it’s safe to cry.

Kendra: “Liberian Boy” and the whole album ‘Girl God’ came from a place of love. Love and respect not only for the women in your life who helped get you where you are today but all women. First off, more people should be like yourself. Secondly, were you able to keep in touch with the women you grew up with so that you could send them a copy of the album?

Girl God: Yes, they have copies and love my music. But whenever we get to talking we always time travel back to the adventure we shared.

Kendra: On top of music, you’re also a fashion designer and visual artist. What creative process similarities have you found within the three?

Girl God: I’ve mastered being a beginner within all three mediums. I’m always new to every piece and that keeps the door wide open for mistakes and magic.

Kendra: Usually, this is where I ask people what they have planned in the coming months but with the world in a strange place right now, plans aren’t as concrete as they typically are. You can go ahead and let us know what you have tentatively planned.

Girl God: The world being a mess is just proof that we are living. Nothing has changed in my world, I’m still more powerful than any circumstance. I feel lucky to have my past training in the war that has prepared me for everything happening now. I just chase the feeling of creating art as healing for all who connect with it and focus on returning home to Liberia with a foundation that’s capable of regrowing what we lost. To have this opportunity is enough for me to call earth a perfect place. 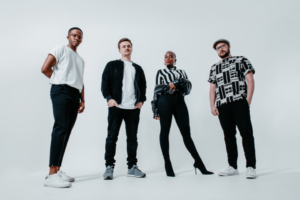 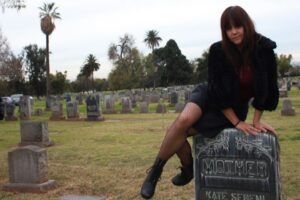 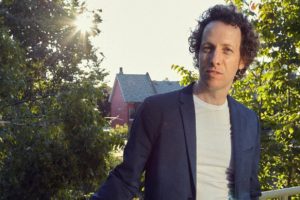 Photo Credit: Jen Squires The dramatic goodbye at the airports.[...]