The thing about this year is that for the first time in a long time, we’re all sort of on the same page. The pandemic has left us all wondering what the heck is around the corner, but alas – we’re pushing forward because while concerts, movie theaters, and simply hanging out with friends isn’t our norm right now, it will be again one day. With that, bands like GROWERS are making the most of things releasing new material, despite being apart from their lead singer. We talked about the distance, the music, and what aspect of the ‘90s they could have done without…

Kendra: The band is still fairly new, having formed last year. You couldn’t have predicted what was to come in 2020, but as a new band were any of your initial plans for this year halted in any way by the pandemic?

GROWERS: Our plans weren’t halted, but rather changed in response to the pandemic. When quarantine really began in mid-March, we not only had to stop performing live but our singer, Charlie, was quickly forced to move back to Montreal. For a while, it didn’t impact us much, but as rehearsal spaces and studios slowly opened up, we were unable to make use of these facilities and continue to create new material. However, we were lucky to have gone into the studio just before the pandemic, so we had a couple of tracks to release despite quarantine. We’ve used these songs to continue to create hype around the band even while unable to physically collaborate.

Kendra: What is a one-of-a-kind, non-music related skill you feel you each brought to the band that has helped push the band to where you are today and will continue to help as the years go by?

GROWERS: Matt (guitar) brings the business side of the band – handling all the management and marketing. Charlie (vocal) brings his high energy and infectious personality that immediately connects with audiences. Chris (drums) brings the humor that keeps the band laughing, even during quarantine. Finally, Cam (bass) brings a calm and cool demeanor that grounds the band and brings everything together.

Kendra: So far you’ve dropped four singles this year. Will you continue going that route, or are there plans to release an EP or LP?

GROWERS: We plan to record our debut EP (5 tracks) this fall. Two to three of these songs will be released as singles leading up to the release of the entire EP. Previously, we have released singles in order to spread out the work we do in the studio over many months, rather than just a single release. At this point, we feel it is important to release a solid piece of work that properly establishes our sound.

Kendra: That fourth single, “The 90’s” stole my heart. If you walked into my apartment, it is a time capsule of that time with hints of the present. The video for this amazing song features a lot of homage to movies and some sports from back then. Did you each pick an aspect to feature or was it more like, what can we do?

GROWERS: “The 90’s” music video was very a collaboration of Matt and Chris based out of Toronto, and Charlie based out of Montreal. The video director, Patrick Richards, worked with Charlie in Montreal and brainstormed the basic idea of including various 1990’s music videos and movie references. From there, Matt and Chris brainstormed their own ideas and shot them with their own videographer in Toronto, David Nguyen. These shots would be sent over to Charlie and Patrick and combined with shots done on their end.

Kendra: While the ‘90s gave us so many gifts, there were some duds along the way. Can you think of anything from that era – be it a song, movie, TV show, trend – that you feel the ‘90s could have done without?

GROWERS: We recently won the Fan Favourite vote in the 20K Summer Song contest presented by Corus Entertainment. We took away a $2,000 prize which we plan to put towards recording our debut EP. We also plan to create more entertaining music videos like “The 90’s” to accompany these new songs. 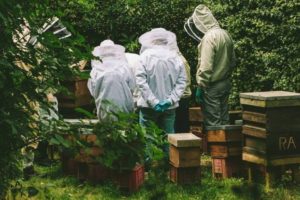 Sleep Weather spent a few nights out on the road[...] 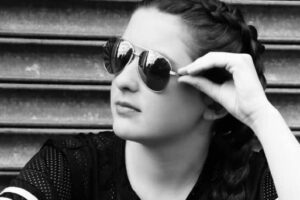 Every day is an opportunity to grow, and in the[...] 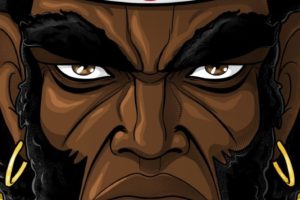