Anyone who knows me knows that if I had a time machine the first place I’d head would be the 1970s. The music, the color palettes, the badass women stepping out into the world to truly own it…love it all. So you can imagine how excited I was when I clicked a video from Healing Potpourri and was transported to a time I’ve never known but admire. We talked about that decade’s influence on the band, 7-layer dips, ‘Blanket of Calm’ which drops on June 12th, and more in this back and forth exchange.

Kendra: Originally Healing Potpourri wasn’t supposed to have as many members, but here we are with seven talented individuals. Since the start, how did you know someone was more than just someone jamming with you but rather someone destined to join the Healing Potpourri family?

Simi Sohota: For the first few years Healing Potpourri was very consciously a solo effort, I was having fun in a lot of other bands at the time but wanted an outlet that was completely mine. I got bored with things easily and realized that there were a lot of things I wanted to direct in my music that I was physically incapable of doing. The first person I recruited full-time was Geoff Morris who plays saxophone and flute. Those are instruments I adore but could never play myself. Since then there have been countless people that have played with me in some capacity as Healing Potpourri. The current lineup is my favorite group of people I’ve ever played with. When you play music with someone and you get along and you can kinda play off each other and listen to each other—everything just clicks. My bandmates are all first and foremost my friends, and being a good hang is more important than musical chops. I like to laugh and fuck around and I think that’s when the most interesting things happen anyway.

Kendra: With that, if Healing Potpourri were its own seven-layer dip – which element would each member be?

Simi Sohota: I suppose I’m the beans because I write the songs and form sort of a foundation for it all. Jack has to be avocado because he used to play in hardcore bands and would be found next to the pit. Luke is salsa because he’s spicy. Geoff is sour cream because his sax licks are creamy. Ian is cheese because his jokes are cheesy af. Wuuj is the green onions because he plays percussion and you just sort of sprinkle a bit of that on top and it makes all the difference. Jon is the olives because he’s salty.

Kendra: Now let’s talk about ‘Blanket of Calm.’ It’s not just something everyone could use right now but also your 2020 release. When you all were creating this record what emotions were flowing through you and how do you feel they shaped the result?

Simi Sohota: I had been trying to record this album for a year or two before this iteration of the band got together and recorded these tracks, so there was a bit of an aura of things all sort of finally falling into place, and a triumphant overcoming of obstacles. Underneath it all, there are themes of love and loss, and some concurrent deep personal tragedies. This album has it all man, ups downs and turnarounds. But being with my friends in a supportive and uplifting environment comes through in the recordings.

Kendra: Your single, “Think About Us,” not only sounds like it was plucked out of the ‘70s, but the video looks like that as well. It’s safe to assume the sound inspired the video but what about the music from that era invigorates you when creating today?

Simi Sohota: What I like specifically about a lot of the music from that time, that you can probably hear influencing my music, is that blend of jazz and lounge with pop music. Bacharach and the Beach Boys are huge for me. But I sort of drew inspiration equally from the 90s revival of that kind of music, like Belle and Sebastian, High Llamas, Stereolab, etc.

Kendra: When you were working on “Moment Alone,” there was no way of knowing that months later you’d have many moments to yourself. How have you been utilizing your time staying safe at home?

Simi Sohota: I’m not going to lie, it hurts a lot to not be able to play this music live for people. There’s no substitute for live music, and I miss band practice most of all. But I’m lucky in a lot of ways. My girlfriend is a musician as well and I get to hang out and play music at home with her a lot now. Her band, Galore, is putting out a new record this year too and it’s absolutely amazing. We’ve been cooking nice vegetarian food, going on beautiful walks with her dog at McLaren park, riding our bikes, building an outdoor shower, and watching ‘The Sopranos.’

Simi Sohota: Actually this past weekend my girlfriend and I were going to go on a month-long trip to Southeast Asia that we were planning all year. Our flight was going to layover in Wuhan, believe it or not. So with that canceled, and all future touring plans on hold, we’re staying put for now. I’m just going to try to write more music, be nicer to myself and others, work on being healthy, and staying safe. The song “Easy Lovers” by Piero Piccioni instantly makes all of my stresses and fears melt away and is so beautiful it breaks my heart every time I hear it. Drop what you’re doing and go listen to it right now, please. 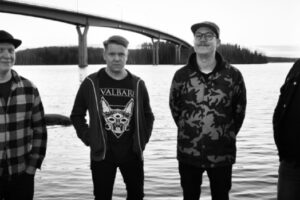 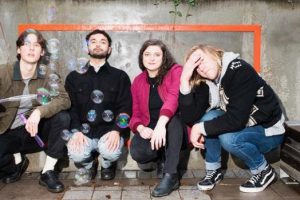 With some unexpected time to really get things together, Megadose[...] 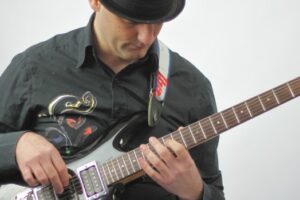