One of the many puzzle pieces in the grand landscape that makes up the Columbus music scene is none other than Hidden Places. A band formed by friendship and held together by as much, they dropped a new record at the end of last year and are gearing up for all the ins and outs that follow. From touring to sharing their personal poetry with the world, we covered it all and then some – like how one balances who they are as an artist and as a regular everyday person.

Kendra: When it comes to hidden places, was this a band bred from a longtime friendship or did the music sort of bring you three together?

David: In a weird way, both. This band was formed by me and Kiko, our old bassist. He and I knew each other for about eight years before we formed Hidden Places. We were in dire need of a new drummer so I asked Matt to join, who’s been with us ever since. Nick is a newer addition, but someone we both met through playing shows together. So, formed by an old friendship but now composed of completely new ones that were created by this band.

Kendra: I’ve always thought of being in a band as a sort of hidden place of its own. A place that perhaps your non-musical friends can’t quite understand. Would you say there is some truth to that and do you have a hard time separating who you are as a musician from who you are when you have to step back into the so-called real world?

David: It depends, I believe being in a band and performing is one of the most vulnerable artistic practices you can be involved in, which very much is a big reflection of yourself and your personality. It’s also really easy to take failure personally. As a vocalist, I have to perform poetry that I write, and if that lands well I can see that as people like “me” and not “this band,” does that make sense?

Nick: As the bassist, I understand that my bass-lines are somewhat empty without a band. knowing that, it’s kind of easy to lose yourself in the rhythm of performing. That in itself isn’t very personal, I still do it on a stage.

Matt: My marching band teacher told us in high school to “leave it all out on the field” and I took that to heart more than I probably should. Drums are the most cathartic and physical form of performing I’ve done, for me, it feels closer in energy to slam dancing and headbanging to playing melodies and harmonies on guitar.

Kendra: Now let’s talk about the record. You dropped ‘the circle is not round’ at the end of last year. Do you feel that, in a way, gives you a headstart in 2020? Like it’s already out, people have marinated in it, now you can focus on the touring and whatnot?

David: Definitely, but also not really. After we parted way with the bassist of this band, we wanted to just put it out. We didn’t even have a release show. As of right now, we don’t even have all of the new songs learned! We’re working on putting a formal release show together in April, after that we are focusing very much on touring. It barely feels like the record is actually released, but I think it will once we have the very public and professional proclaiming that it is.

Kendra: With a song called “mood ring,” I have to ask if you were wearing one when you wrote and recorded this record, what sort of colors/moods would’ve been revealed throughout?

David: The color would’ve been green or black, and the mood would have been confused. Kiko (our old bassist) kept playing this extremely ominous yet monotonous baseline and he wouldn’t stop playing it. It pissed me off, so to spite him I started playing a riff that just came to my head, and somehow it ended up really working and made the song feel complete. That song still pisses me off because after we finished it he said, “See! I told you it was a good idea,” and I just wanted him to shut up. Love that song though.

Kendra: You have a couple of shows this month in and around your native Columbus, but will we see you guys head either east or west this year?

David: *winks* We’re headed west. We’re also going on a lil weekender in April that we aren’t allowed to talk too much about yet. Either way, we’re really excited. We’ve yet to play out of state somehow, so this is the time!

Kendra: How has the Ohio music scene treated you guys so far?

David: there’s not really one “scene,” more like a lot of different scenes. The city of Columbus is very fragmented. With that being said, we’ve seen it change from being very put together to being put into a bunch of pieces; it’s really cool to see people finding places where they feel truly heard and cared about. We’ve been extremely fortunate and have been treated extremely well and given a crazy amount of opportunities. It’s really amazing and life-affirming to say that I’ve played with some of my all-time favorite artists. It seems like right now is a really good time to be in Columbus and we’re proud to be from here.

Kendra: Lastly, what can we expect from hidden places as we head into the first part of 2020? 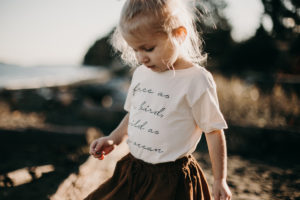 Photo Credit: Lacey Peoples “I was an adventurous and deeply[...] 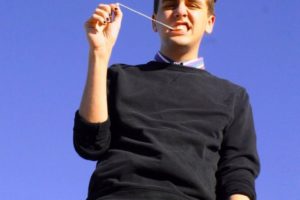 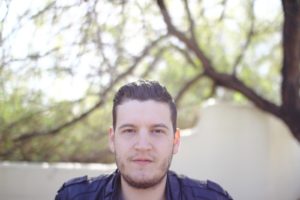