Music has always been a family affair in the life of Ivy Mairi. With a musician for a mother, Ivy notes that over the years she, her sister and her mother have all sang their fair share together. A support system literally running through her blood, this girl who used to correct Spice Girl lyrics of her friends is now writing her own synth-infused pop. We talked about all of the above, yes – girl power included – as well as her upcoming release, Polarity, as well as her latest single “Strange Love.”

Kendra: You would’ve hated me growing up because I am the type of person to just make up my own lyrics when I don’t know a song. What Spice Girls song did your friends sing wrong the most that got under your nerves?

Ivy Mairi: Haha you would have annoyed me then, but now I would think you were cool! I love how easily kids can find creativity and freedom. I can’t remember the specific Spice Girls song that it was – honestly I think there were a few. All from the golden era though – the Spice and Spice World albums.

Kendra: From the best of pop to your electronic minimalism. How does one go about minimizing things in that manner?

Ivy Mairi: I don’t think my music is particularly minimalist. There are moments when things are stripped down, yes, but I wouldn’t say that it’s my goal overall. That being said, I do enjoy the constraints and boundaries of pop music and figuring out how to write cool/weird songs that can still sit nicely within the pop realm.

Kendra: We’ll hear it for ourselves soon enough on Polarity. It sounds like it’s going to be an album many can relate to. It explores every aspect of love as well as growing personally. Did you treat writing this record as a form of therapy in a way?

Ivy Mairi: I worked on these songs over a period of about a year. A couple of the songs were written while I was going through a very hard time in my personal life. It was a therapeutic exercise to write them. It was also very hard to do. Both writing the songs initially, and then to have to revisit those feelings when recording in the studio months later. But I wanted the authenticity of emotion to be there.

Kendra: One of the sides of love explored is heard in “Strange Love.” It’s about a person coming into your life and it being totally unexpected. It seems strange to hear a song like this in a time where “hook up” culture is alive and well thanks to apps like Tinder. Do you feel like love is still attainable via swipes?

Ivy Mairi: I don’t have a whole lot of experience with dating apps. That’s mostly because I’ve been fortunate enough to meet people in other ways and haven’t been single very often during our current age where dating apps have become ubiquitous. I do have a couple of friends who have met their partners through those apps. So it’s definitely possible! But at least in terms of efficiency, chatting online doesn’t compare to establishing a personal connection with someone in real life. When you are standing in front of each other it only takes an instant to know if there is a spark.

Kendra: What are your plans as the year ends and another begins?

Ivy Mairi: I am excited to put my EP out! It’s scheduled for a release early next year. I’m currently planning the release show and getting all the details together. 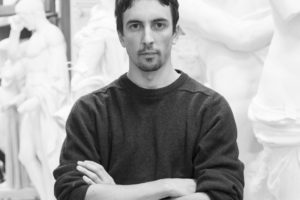 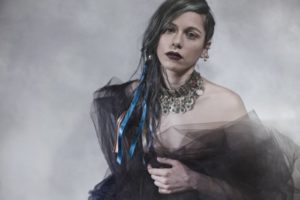 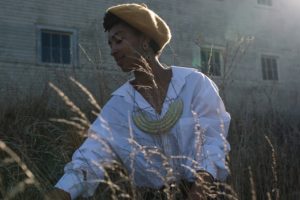