In between the time Joseph Fuller and I initially exchanged words a lot has happened. His new album, ‘Reflections of Tomorrow,’ dropped, he went above and beyond 100k streams, and songs like “Lost in Your Eyes” have been dominating on the likes of Amazon and Pandora. Not too bad for a few weeks, right? However, before even more accolades come rolling in – check out what this fantastic pianist had to say about writing at warped speed, healing, and more!

Kendra: There is the day you initially sit down at the piano and start learning and the day you realize playing the piano is what you want your life to sort of revolve around as far as a career is concerned. Are those one days and the same, or did it take some time for that realization to come about?

Joseph Fuller: I started playing the piano when I was five. I am told that I was pulling myself up to the piano in our home much earlier than that, but it was difficult to find a teacher to take such a young student. Thankfully, my parents found a wonderful teacher who agreed to take me on.

As far as the realization of it becoming a career, I don’t believe that began to occur until I was a teenager. I knew I had a unique gift that I loved, but when colleges started becoming part of the picture, I started to realize that, perhaps, this was a career path for me. I received a full scholarship to not only my undergraduate university but my graduate degree university as well. Just like every artist, you go through a period of questioning if this is “what you’re supposed to be doing”, but at the end of the day, this is my voice to the world. I couldn’t imagine a day without it.

Kendra: While instrumental music isn’t mainstream, it’s still an art form that is very much beloved and respected. It’s the foundation of all music, as well as the driving force to many film and TV scores. For you, what is the most striking thing about an instrumental piece of music?

Joseph Fuller: I believe all styles of music have the ability to reach and touch the lives of the people listening. Instrumental music for me, though, allows for such broad interpretation for the listener. I am the “song without words” when I play. With that comes the ability to allow the music to speak and be heard in so many different ways. I may have written the piece from my perspective and story, but the audience has the freedom to allow it to uniquely tell their own story.

Kendra: So when it comes to your June 2021 release, ‘Reflections of Tomorrow,’ you sort of went from 0-60 at the beginning. Three songs composed in only a few days. What pushed you so hard at the start?

Joseph Fuller: Yes, that is an intense and short period of time to write that many songs. Interestingly, when you are in that creative space and do not allow outside “noise” to interfere, you find yourself being able to speak so many things that had never been said before. I didn’t feel a sense of being rushed or pushed. I felt freedom in a way I had never felt ever before in my work. “Liberating” was the primary feeling. With each new song came more inspiration for another. I was allowing vulnerability in a way that I had been holding onto for so long. Three songs in a few days and 10 in less than two months is pretty wild!

Kendra: You’ve noted the record as a whole has themes of healing and renewal. Was that based on the year that was 2020 and moving forward from that chaos?

Joseph Fuller: The theme of healing and renewal also comes with elements of grief for me. Not because I am sad, but through some experiences of intense grief came a more intense wave of healing and renewal. 2020 definitely took a toll on me in ways that I am still learning from and working through, but it was only one element of how this record came about. I was literally forced to stop working and left with only my Steinway piano and my thoughts. For that, I am thankful. Each song was written from my personal perspective of joy, love, and loss and captures my experiences and overall story with these emotions.

Kendra: If you had to pick a place in Houston that would be the perfect place to play this record, where would it be and why? And it doesn’t have to be a traditional venue!

Joseph Fuller: I love intimate venues! I want to connect with the audience and being able to speak to them really brings me such joy. I love seeing the looks on their faces and their responses to what they are hearing. I try to not take myself so seriously sometimes and just talk to them as if they were friends I had known for years. I want to create an inviting and comfortable setting for my audience.

I have to say that the Steinway Selection Center in downtown Houston is one of my favorite non-traditional spaces for performances. I perform and record on Steinway Pianos, and this space allows for about 100 people. You and the audience are surrounded by a variety of exquisite pianos, and you get to experience the sounds of the city, the lights, the noises, and the intimate nature that I so love when playing a concert there.

Kendra: Concerts and tours are starting to be announced again and you’ve said that when the time comes you want to play more intimate shows with 500 or so people in the room. Do you think smaller shows will benefit the concert-goer experience in the coming months?

Joseph Fuller: I do! I think that as people become more comfortable with being out and about, these smaller more intimate venues are going to enable artists to get back to performing and will allow for the concert-goer to feel safe in their surroundings.

Joseph Fuller: As far as what I have planned in the coming months, stay tuned! I am working to rebook some winter concerts on the east coast that were canceled due to COVID. I am just beginning the process of scheduling new events and concerts to promote the new album. It’s funny because so much preplanning is what I typically do, but things have changed so immensely that I am getting a fresh start. I suppose a clean slate isn’t always a bad thing! It’s exciting in so many ways. 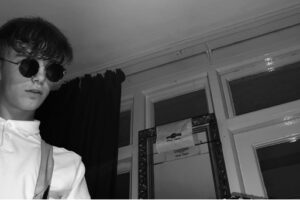 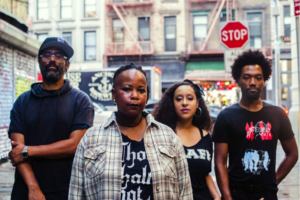 Existing in skin that is anything but white comes with[...] 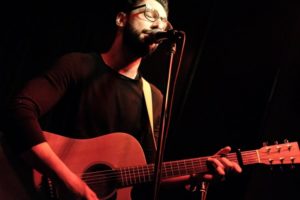 Known for being an epicenter for trade routes for decades[...]