It does not matter how great one’s sense of direction is. When placed in a new setting, everyone gets turned around. However, it’s often times when we’re lost we have our best encounters. If KSENIA hadn’t taken one wrong turn in search for a place to rest, she would have never met certain producer and well…you just never know what getting lost may have in store for you. We talked about that fateful day, small town vibes, and more with this rising star.

Kendra: Being the daughter of a guitarist, was there ever any other direction you thought your life would take other than the creative arts?

KSENIA: I don’t think so! Music influenced my life from an early age and I was always eager to learn. According to my mother, I once demanded to be enrolled in a music school. So far, I have no regrets about the direction my life has taken.

Kendra: For those who don’t know, you met your producer Mario Marchetti while walking down the street looking for a place to stay. Had you not been a little turned and didn’t have to “Keep Walking” how do you feel your life would be different today?

KSENIA: This is an excellent question! I feel so lucky to have met my producer. He has been a close friend for so many years now, and he is so talented. Musically, we are an awesome match! I think if I hadn’t met him, I would have sung different songs and I can’t imagine singing anything else. I am glad for that by-chance meeting and that things worked out the way they did.

Kendra: For those who didn’t catch that, “Keep Walking” is the latest single off your 2020 release, ‘Fire with Fire.’ Chocked full of a beautiful blend of pop and R&B, this EP is bound to grab the attention of listeners, but where did a small Russian town girl get a hold of R&B back in the day?

KSENIA: Thank god, we had TV and radio and also had access to CDs of Queen, Spice Girls, Backstreet Boys, and Britney Spears. I grew up rocking to this type of music and at one point, I believed I was a Baby Spice.

Lately, I’ve been experimenting. I mix and match rap and Russian folk songs. Yes! I love to rap! I also enjoy listening to what’s popular on the radio. So, what I do now is very much influenced by current pop music.

Kendra: I too grew up in a very small town, and it could feel a little suffocating at times. Did you ever feel like that as a kid? Like if you didn’t get the chance to move, you’d be stuck there for eternity?

KSENIA: Oh really? Where are you from? I didn’t feel like that as a kid. In fact, I didn’t feel constrained in any way as a child. I was just happy to sing at every event in our city. Later, when I was a teenager, the small-town factor finally hit me, after I had won all the contests possible in my own town, I had to ask myself, what’s next. America seemed a bit unrealistic back then, so I moved to Vladivostok when I turned 17. From there, after a few years, I moved to Saint Petersburg and then to NYC and LA!

Recently, I went to my hometown, Nakhodka. I couldn’t imagine how my life would have been if I didn’t get the chance to leave, I believe I’d probably be very depressed.

Kendra: I’m from Cabazon out in California. If you’ve ever been to Coachella, you’ve more than likely stopped for a bathroom break there! But back to you, on top of making music, you’re also a trained actor. How do you feel acting and singing go hand in hand in terms of creativity and execution of the craft?

KSENIA: I think that these are all forms of storytelling. You can’t sing a song without feeling and living it, and that’s acting. So, they both go hand in hand. In my opinion, it’s hard to write a good song, if you can’t put yourself in another person’s shoes. I love acting, it helps me with my music videos as well. I think every human on earth should take acting lessons; it develops empathy and listening skills.

Kendra: With ‘Fire with Fire’ out in February, do you have plans to tour this year?

KSENIA: I am actually in the process of making plans for this year. Lots of new music and videos will be coming out soon. And I definitely want to tour! Follow me on Instagram to get all the latest info on what’s coming up after “Fire with Fire”. 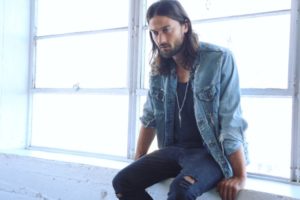 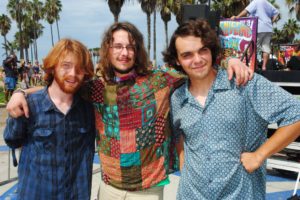 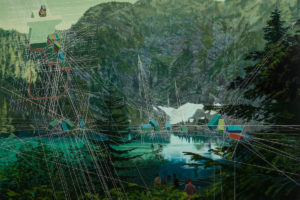