Ever since a little show by the name of ‘Degrassi’ came into my life, I’ve romanticized America’s northern neighbor. In recent years, I’ve come to believe that it had to be a million times better than where I was due to the ever-growing tension brought on by a former reality show host who somehow became President. However, talking to Liz Lokre, I learned that while Canada may seem ideal, it too has its fair share of issues in terms of race relations. We touched on heavy topics such as that, as well as the immigrant tale that hits close to home and inspired her latest single, “Where U Come From,” but also went light at the start as she broke down her love of two dynamic singers…which is where we’ll begin…

Kendra: Musically you come from a place of Alicia Keys and Sade. What about those artists both musically and lyrically have you always been drawn towards?

Liz Lokre: There’s a timeless quality about Alicia and Sade that I’m drawn to. The music they made 20 years ago will still be played 20 years from now. It seems like neither of them are swayed by the industry’s expectations of them, they’ve stayed true to themselves which I find inspiring

Kendra: For those who didn’t catch that, it was a reference to your latest single, “Where U Come From.” Let’s talk more about that. It’s noted that you were sort of inspired by the strength found in many immigrants’ stories. Was it a universal inspiration, or was there any story in particular that pushed you to write this?

Liz Lokre: At its root, the inspiration is my family’s own story of immigration to North America. Namely, that of my grandmother and mother who like many had to prioritize the pursuit of a better life over their own dream when they moved from Trinidad. I think it’s a story that connects us all, especially being from a country built on immigrant stories like Canada.

Kendra: The US has some major issues with their immigration policies, but in watching ‘RuPaul’s Drag Race,’ I learned that members of the LGBTQ community seeking asylum in Canada can get pretty quick results. How proud are you that you come from a country that values the importance of human life?

Liz Lokre: Wow, I didn’t know that. What episode of Drag Race?! As proud to be Canadian as I am, we too have a long way to go. We’re currently experiencing an increase in hate crimes against our indigenous peoples which proves that discrimination and racism is still a prevalent issue here. I believe reconciliation is possible but first, we have to acknowledge whose land we’re on and put more protections in place to preserve their inherent rights.

Kendra: This year you were really in your element with the release of three EPs; ‘Earth,’ ‘Fire,’ and ‘Water.’ Have you always been in touch with the natural elements?

Liz Lokre: I grew up spending a lot of time outdoors and have always felt most myself surrounded by nature. I think everything we need to know about balance can be learned through observing natural elements. I don’t know why our human tendency is to want to take control of or interfere with the natural world when we should just be learning from it.

Kendra: Do you think your next set of releases will follow a theme as well?

Liz Lokre: It’ll definitely be aligned with the theme of pursuing balance.

Liz Lokre: I’ve honestly never felt more driven creatively. I’m writing and producing more than ever and have released more music this year than any prior. I’m immensely grateful to be able to look back on what’s transpired this year and say it’s been foundational for my team and I. Now we keep building.

Liz Lokre: When I need a jolt of encouragement I listen to Laura Mvula’s record, ‘The Dreaming Room.’ Until travel plans make sense again, I’m just going to keep learning, creating, and putting music out that feels like it could be uplifting or relatable to someone. 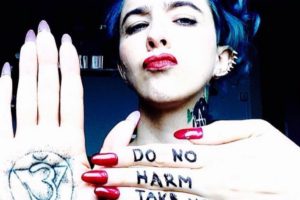 Many often say that you can’t appreciate the good without[...] 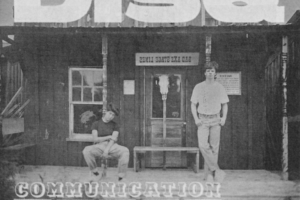 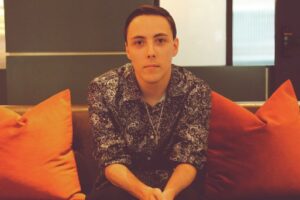