With the internet, you can be anywhere in the world and make music but for those who want the chance to perform around the clock – you can’t beat Nashville (pre and post-COVID of course). I had heard stories of their downtown area, but could not have imagined live music at 9am. However, that’s what I found the one time I had the chance to visit. Remarkable for those who not only love to listen but love to play like Tracy Layne. New to the city, she may not have gotten to take advantage of the live aspects because of reasons beyond her control this year, but she opened up about how she has been able to make strides in 2020 despite well – just about everything else going down this year.

Kendra: Last year you decided it was time to make a move and that move led you to Nashville. Of course, you could not have guessed that things were going to get a little insane this year. Have you been able to utilize Nashville in some of the same ways you’d hoped this year as to when you initially moved?

Tracy Layne: 2020 (with all its mishaps) has actually been a blessing in disguise for me. It has given me the time and space to create something original and allowed me to finally bring my first solo project to fruition. My plan was always to start with recorded material, and use that to work my way into live gigs again. I can’t wait for post-COVID Nashville…but in the meantime, I’ve been able to grow as an artist and meet so many talented people (who’ve had the time to work on this project with me, when they normally would’ve been touring). I’ve also had the time to do cross-country collaborations virtually – that never would’ve happened otherwise! This difficult time has actually connected me with other artists in new ways – for that, I’m grateful.

Kendra: Other than the cost of living, why Nashville as opposed to NYC, Los Angeles, or even Austin?

Tracy Layne: I’ve lived in both NYC (briefly) and Los Angeles (right before Nashville) – great cities! However, I was losing savings living in LA for four years, and it was time to establish a home base. I missed having four seasons, and the greenery of the east coast mountains – the landscape is a huge inspiration for my music (as you’ll hear in my next single, “Numb”). I knew I had to be close to a vibrant city with live music. It was time to return to my roots, and I have strong family connections in both New Orleans and Tennessee, so it was between those two places. Nashville won out based on my gut. It’s also a huge plus that it’s halfway between my family in New Orleans and Virginia.

Kendra: Your sound, you’ve said is “moon-eyed soul.” That’s a new one, so with that…if you had to paint a picture of what that sounded like, what imagery would we see?

Tracy Layne: There’s a story behind this one. I’ve always heard starkly different feedback on my sound because I’ve experimented with a variety of music styles. During a visit to New Orleans, my 91-year-old grandmother “Mamee” heard the demo for the first time. While musing on the folky style of the record, she started telling me a story about the legendary Cajun Blue Dog paintings by George Rodriguez. Every night, the moon would cast a shadow on the lone dog, as he howled up at the night sky. She told me the 1790 definition of “moon-eyed” is “eyes wide open.”

This feels more than appropriate for the soulful sound and the message of the record. This EP has forced me to open my eyes. It’s my own spin on “blue-eyed soul,” mixed with a dark folk sound. Think Sam Smith mixed with Maggie Rogers or Joy Williams.

What’s been so great about the reaction to the first single, is that everyone seems to confidently define it as a different style. At first, it frustrated me, but now I think it’s cool that it doesn’t fit in a specific box.

Kendra: You could paint the picture, or we could just listen to your first single “Smoke and Mirrors!” A great song that came from a darker place. Do you feel that you write better when thinking about more melancholy things in your life, past, and present?

Tracy Layne: Thank you! And yes, I do feel the heavy subjects seem to suit my voice and style a bit better, and the lyrics flow more easily when I’m reflecting on painful experiences. Most of my songs have started as letters to the most important people in my life, or have been written in the middle of the night when I’ve been harping on moments from the past.

Kendra: Your lead single is also the name of your upcoming EP. When can we expect ‘Smoke and Mirrors’ to drop?

Kendra: With the EP you wrote around the idea of the five stages of grief. Was that inspired at all by the year we’ve had?

Tracy Layne: The circumstances of 2020 gave me so much alone time to reflect, and I spent a lot of the quarantine period outside, exploring Tennessee’s gorgeous landscapes. All of the unrest of this year definitely enhanced my experience of grief, and the writing process didn’t feel like a choice. In that way, this year helped me to let go of other people’s expectations. It allowed the music to come out raw and real. The emotions and lyrics themselves were inspired by my past relationships, and more specifically the slow deterioration of my most significant relationship. This was part of the reason I left LA – to start fresh and heal.

Tracy Layne: Despite the roller coaster of this year, the time has been a gift. I’ve been able to explore new forms of creativity, connect with people from all over the world/the other cities I’ve lived in, and grow as an artist. I’m feeling grateful. When the world reopens, I’ll be ready to hit the ground running in the live music scene.

Tracy Layne: My plans are centered around continuing to find new ways to create art, and to lift up and collaborate with other artists. The world needs artistic expression more than ever right now. It is an outlet, a release, and a witness to the human condition (that’s why I love your magazine!).

I have two more singles coming before my EP releases in January. I also have two other cross-country side projects in the works. I’ll be releasing a single as one half of my folk duo, Jay & Daisy (which originated in LA), in 2021.

When I feel like everything around me is falling apart, any song by Incubus or The Beatles never fails to lift my spirit. “After the Storm” by Mumford & Sons is a constant go-to. Though the melody is heavy, the song is about hope. There will come a time where there is no more suffering because there is something bigger than all this mess. It reminds me to look up – to keep moving forward. 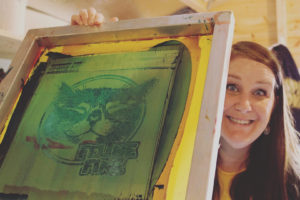 Life is known to take twists, turns, flips, and unfortunately[...] 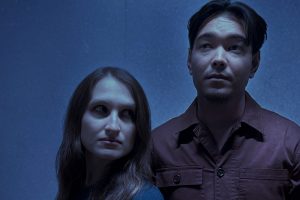 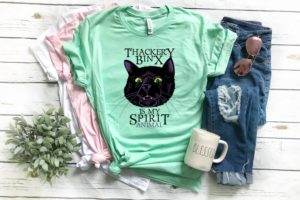