Twitter does this pesky thing where they showcase what people you follow have “liked.” It’s truly an annoyance, but it did lead me to see a tweet by a fellow freelance writer who showcased the freedom of her freelance choice in 140 characters or less. It reminded me of the initial thoughts I had when Morgan Cameron Ross entered my reality.

A former musician living the typical “dream” that many dreams of, playing on big stages to even bigger crowds. That was until he saw a pair of bedazzled shoes on a peer and realized, the fame and fortune weren’t worth the sacrifice of who he wanted to be as an artist. Walking away, he walked into a solo position where his folk-pop reigns supreme. Happier now, we talked about those shoes, working with Justin Nozuka, a possible album and more.

Kendra: Your whole sort of solo journey started with bedazzled shoes. Men in their 40’s wearing them on stage in a band playing an arena sort of shook you awake and made you realize you had to take a new path. Just a little backstory for readers. Now do you think you would have come to that realization had they been sporting different footwear, or was this a thought brewing in your mind long before that?

Morgan Cameron Ross: I viewed the shoes as just an example of what I don’t want to be. It’s easy to sell out, it’s smarter not to.

Kendra: For me, your story rings true in other aspects of life. To me, we should be in a new chapter every decade of our life. Is that sort of how you felt with the bedazzled shoes like you didn’t want to be chasing some fountain of youth sound into your 40’s?

Morgan: To each their own. I think what’s right for a person can evolve. For me, I’d much rather put out music I’m damn proud of than music that will pay more.

Kendra: You’re aware that what you’re doing now may not be as lucrative as once before. Has the financial aspect ever scare you?

Morgan: Money has eluded me for years. My life is great with or without it.

Kendra: Would you ever go back to what once was in terms of your musical style?

Morgan: Music evolves. People evolve. It’s sometimes nice to try out things you used to work on though. I would love to do an album similar to my first one one day.

Kendra: Right now you’re clear on your new path with your latest single, “I Won’t Live Until I Die.” A little morbid, but also very telling to the direction you are taking now. Can you tell us a little more about the headspace you were in when you penned this one?

Morgan: I wrote the song with my buddy, Bobby Bazini. Check him out, he’s amazing. We wanted to write something honest and traditional. Simple yet accurate.

Kendra: How was it working with Justin Nozuka on the track?

Morgan: It’s hard to find someone with a nicer voice than Justin. He’s a lovely guy as well.

Kendra: Now, will this be part of an album soon?

Morgan: Albums are a relic of the past it feels. I’m almost done one but I may consider just putting them out track by track.

Kendra: So what is up with you the rest of the year?

Morgan: I have a new band I am launching with a woman named Esthero; Penny Arcade, Johnny Cash/June Carter stuff. I can’t wait for people to hear it.

Kendra: Lastly, here at ZO we’re really into all aspects of creativity. With that, if you had to compare your sound to a work of art, which would it be and why?

Morgan: Ledouxville. Look into him; Jesse Ledoux. He’s everything to me artistically. 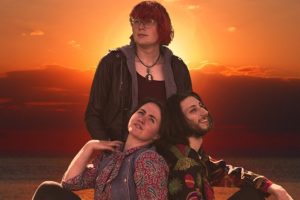 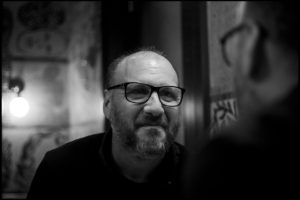 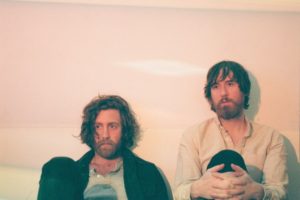