When you know you’re ready, there’s no denying it. This is why Minxey wasn’t nervous at all working with a Grammy-nominated songwriter. I mean, my stomach would’ve been doing Olympic-level somersaults but Minxey? As cool, calm, and collected as her latest batch of singles. We’re going to talk about the music, the lack of nerves, and more in this back and forth…

Kendra: What or who can we attribute your interest in music to?

Minxey: There have been many influences over my music interests, one being Taylor Swift’s determination to reach the top, despite the haters.

Kendra: How did you go about being discovered online? Was it like Shawn Mendes, were you doing covers on YouTube that caught the attention of someone?

Minxey: After watching ‘Pitch Perfect’ more times than I want to tell, I decided to upload my own acapella mashups online.

Kendra: When you went off to Nashville to record with a Grammy-nominated songwriter, did you have any nerves about the sessions?

Minxey: Honestly, after months of prepping and practicing, I was ready for that exact moment. Being able to travel internationally, writing in a studio that Niall Horan had been, AND working with the Grammy-nominated songwriter, it just felt right when I walked in.

Kendra: Did you learn anything during that time that you still implement into your songwriting today?

Minxey: I’ve learned to trust my instinct and to roll with an idea, no matter how weird or bizarre it may seem.

Kendra: So I was listening to “Painkiller” and has that been in a TV or movie…because if not, it really should be. It has this made-for-the-screen vibe. Also, if it hasn’t already, what TV show or movie would you place that song in?

Minxey: I could totally see it in a series like ‘Riverdale’ or ‘YOU,’ but sadly this hasn’t happened for me yet.

Kendra: Now you’ve got another single out, “Hope She Hurts You.” A song that definitely could share playlist time with the likes of Halsey and Jessie Reyez. You’re artists that celebrate the beauty of what makes pop addicting, but you also don’t give in to the cutesy aspect of pop. Where do you think that growth in pop music came from in recent years? That sort of refusal to play the part of the hopeless romantic, and to be real?

Minxey: Music is like my therapy. When I first started writing, I wrote all sorts of cringey, sappy stuff, but it felt way harder to come up with lyrics. So, relating my personal experiences with a creative twist, I’ve managed to ditch playing a hopeless romantic.

Kendra: Let’s talk about the video for this, anime all day. Are you a fan of anime or did you feel like that style of animation just fit this track?

Minxey: COVID lockdown highlighted the popularity of anime. It just seemed appropriate to adopt this style for my music videos.

Minxey: Hopefully I will be able to start performing in front of small crowds again and maybe even throw in a few local tours. Until then, you can learn more about me and the inspiration behind my songs on my 30-day TikTok challenge. 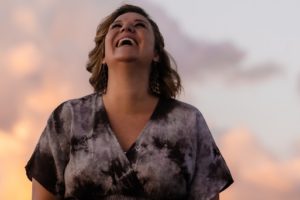 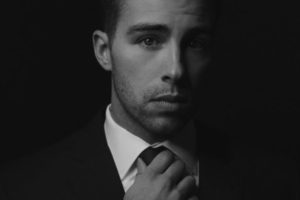 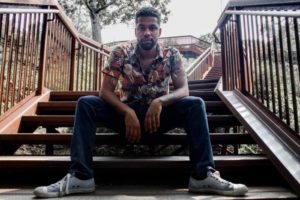