Nasmore: The Importance of Learning

Nasmore: The Importance of Learning

Like many of us, Nasmore is a dreamer. Only he took those wild ideas and started to make them a reality. We kicked off this back and forth with this self-taught artist going back a couple of years. It’s there the wheels started to really take a turn for the best and in time, we got to his latest single, “When Will I Learn.” We talked about the music, the collaborations, and more with the one and only Nasmore.

Kendra: Music has sort of always called to you. So much so that you started to teach yourself the ins and outs of every aspect of it. What do you think, so far, has been the most rewarding aspect of being a self-taught artist?

Nasmore: I received formal and comprehensive musical education going from the age of five until I turned 17. Then my career had a 90-degree turn away from music and into the IT world, and it’s been so until late 2020 when COVID restrictions have limited our day-to-day activities. I was looking for something to fill my days with and thought of this skill set of mine I never really used over these years.

Before I could start leveraging my music skills, I had to learn a lot (and still learning) about music production. Today, music production is my second business. I think it is most rewarding when you can enjoy this learning and achieving every day, and I hope this cycle never stops.

Kendra: And what motivated you to transform your love of music into a career?

Nasmore: Don’t most of us dream of being able to do what we love doing and get paid for it? Well, I am not any different. I love being part of the creative domain, and since I can see more and more people writing to me to say they love what I am doing, I feel I am doing the right thing.

Kendra: Collaborations are a big part of what you do. What is something you’ve found helps create those initial bonds as two artists coming together?

Nasmore: The benefits of collaborations are quite obvious, and it’s a no-brainer that together, people achieve more than individually. But there are many ingredients required for collaborations to work. It comes down to finding common ground, respecting others, and trusting their feelings.

Kendra: Speaking of, you did work with some other wonderful people on your latest, “When Will I Learn.” How did you connect with Neil Taylor and Chris Hodges?

Nasmore: When I first heard Chris singing, I knew immediately that his vocal features were full of potential, and they offer a remarkable range. It is rough and gritty, with a weighty level of expressiveness needed for my songs, but sometimes, he may sound like Michael Jackson, if need be. And outside of his vocal features, he is a pro. He is a songwriter who would bring his own views to my sound. So I offered him to record vocals for my first track, then another, and another. Cris is a pro, and I don’t need to go hours and hours polishing every bar.

About Neil…I was very excited when I approached Neil to record some guitar layers on one of my songs, and he said he would love to work with me because my music is like fresh air or fresh blood. Neil is a music business veteran and even part of music history for his guitar solo on “Everybody Wants to Rule the World” by Tears for Fears. He was a regular member of Robbie Williams’ band and worked with many artists, including Tina Turner, Howard Jones, Chris de Burgh, Natalie Imbruglia, Metallica, and James Morrison, to name a few. Parallel to that, Neil released a few beautiful albums on his own.

Working with Neil is a great experience; it seems like he knows exactly where my mind is regarding this or that part of the song. We had a few songs where he recorded all the guitar layers, and now we are working on a few pieces where Neil is the lead singer.

Kendra: On top of the song, there’s also a story aspect that has very Morgan Freeman vibes. What propelled that part of the single release?

Nasmore: Yes, “When Will I Learn” is a two-track single, where the opening cut “When Will I Learn (The Story)” lays out the storyline with a spoken word narrative over an epic ambient-like rock soundscape. The themes of loss, deception, and mystery abound as the story unfolds and runs its course. It offers the tone and introduction to the vocal version, which puts the audience squarely in the sonic oeuvre. The idea behind the Story track comes from my observation of how we perceive soundtracks. The story in the movie gives us an exact understanding of what the soundtrack is all about.

For example, this storyline, “How many people have you helped today without asking for anything in return?” makes you relate this question to yourself and leads straight to the song’s lines:

“When will I learn
Crashed, and I burn
Waded through the mud
And I wait my turn
When the karma comes fast
Only pass what you learn
Past turn to ash
And keep what you earn.”

Kendra: So one of your noted inspirations is a band that gets a lot of hate, but I really… don’t think they are as bad as people make them out to be, and that’s Nickelback. Why do you think they became the “let’s hate on them” band of the 2000s?

Nasmore: I think Nickelback story is an excellent subject for deep scientific research by those studying psychology. What inspired me about Nickelback is what they produced sonically – melodies, gritty vocals, instrumentals. They did something that resonates. And they have managed to achieve that rich sound so that even today they have over 11 million monthly listeners on Spotify.

Kendra: Side note time – with it being a Back 2 School season, I’d love to know your favorite field trip or just school memory.

Nasmore: I guess everyone has such memories. I do too. I was probably 10-12 years old then. We’d been in the camp for a summer school break. So one night we decided to go visit a neighbouring camp because they had a big concert that night. It was about 16 km away by road or about 10-12 if we took a shortcut through the bush.

Of course, we took the shortcut. It was totally dark, and after about 15 minutes, the thunderstorm started. It was an unusual thunderstorm; no rain, no thunder. Just a constant spiderweb of hundreds of flashes of lightning. The whole sky looked like a rock concert! It was amazing! And scary. Very scary! I don’t know how we made it to that other camp. I can’t even remember that concert. But I can see this “sky performance” as it was yesterday.

Kendra: Lastly, with “When Will I Learn” out now, what else is on the agenda this fall?

Nasmore: Few tracks are coming this fall. But there is one that I must mention as it really stands out. We just finished recording it last month. It is an EP consisting of three tracks. Two are with Neil Taylor and his son Johnny. And one is a spoken word music story. A centerpiece of this EP is one very special song about a famous rock star musician and his son – a very talented emerging artist. So It’s about a father and son relationship and the “reincarnation” of talent. Genre-wise, it is a blend of hard rock with melodic rap. I am hoping to be able to share it soon and am very excited about it.

And two more singles are coming out of the pipe soon, both are duets. One is guaranteed to make you nod, clap, and sing along to it, and the other one will quickly find its way to the hearts of those who know or want to know what love is. 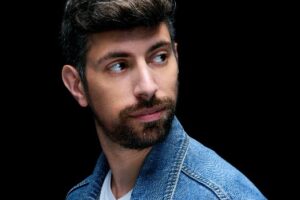 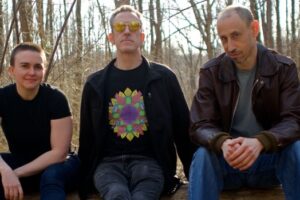 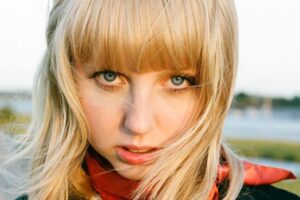