It took a full decade after my 18th birthday to feel strong enough mentally to stand on my own two feet. 100% not the case with the man behind Pleasure Craft. He set off on his own and you’ll soon find out where too. No matter where though, his journey to independence is forever admirable. Fast forward to today and Pleasure Craft is still dealing with what’s real with his latest single. We talked about the moves, the music and more. Including his upcoming EP, out October 25th with a single and video dropping the 18th.

Kendra: Your latest single, “It’s Not Real,” is based around your move from a small town to a big city. What gave you that initial push to pack up and go?

Pleasure Craft: When I graduated from high school in 2013 I didn’t believe making music was a reasonable career path. I was more interested in becoming a commercial pilot. But I worked in landscaping for a year and saved enough money to go live in Malaysia alone for about six months and then Australia for three. I was only 18 on that trip and the independence I experienced gave me some perspective on what was really important to me. I figured if I was going to fail at something, it should be something that I really care about. So after I got back there wasn’t much hesitation. I auditioned for a jazz program on trumpet and moved within a year.

Kendra: I also moved from a tiny town to Los Angeles and it was (and still is almost 15 years later) a shock in some ways. For me, it’s the genuineness of people. I feel small town folks are more honest. What about you? What is the most significant difference?

Pleasure Craft: Yeah I’m definitely more of an asshole after four years living Toronto. When you pass hundreds of people every day on the street or on the bus it desensitizes you to other people. In BC I lived a kilometer away from my neighbours. When I went to the grocery store I would see 10 people from my old school. Everything was a lot more personal there. In Toronto, most people are out trying to get stuff done for themselves. On Salt Spring B.C. most people are just taking it as easy as possible.

Kendra: Going back to the single, what about the change felt unreal?

Pleasure Craft: That kind of culture shock is pretty bizarre for a long time. I didn’t know a lot of people when I got here, I spent most of my time in my room writing music or practicing. If you live like that for a few months it gets pretty weird. I like change though. There was something fun about constructing my identity from scratch. Nobody knew anything about me, I got to make new first impressions.

Kendra: You have an EP coming out soon. What can you tell us about the mood of the record?

Pleasure Craft: The whole EP is centered around that concept of constructing identity. The tracklist moves chronologically from un-anchored freedom on “It’s Not Real,” into the experiences and decisions I make while trying to belong, and ending on a note of confidence that I’m in the right place doing what I’m meant to do.

Kendra: You also have a show on October 26th in Toronto. Who are some of your stage inspirations that first inspired your performances?

Pleasure Craft: Stop Making Sense by The Talking Heads is undeniably the greatest concert film ever made. That performance had a huge influence on my live show. I have an eight-person band of extremely talented musicians. It makes the experience a lot more fun when there’s a group of people all trying to make it happen. 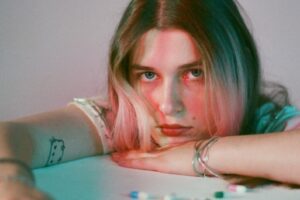 Photo Credit: David J. East The internet was wild to[...] 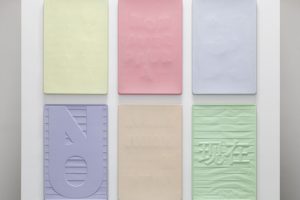 Art has and will always be inspired by the ever-changing[...] 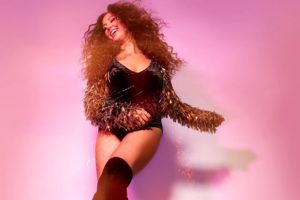 Photo Credit: Kelsey Black When you’ve been writing about music[...]