Getting By with Rachel Mazer

Getting By with Rachel Mazer

Every year aspiring artists have to choose whether or not to stay close to home and lead a local life or pack their packs and head to one of the notorious hot spots; Los Angeles, New York City, Nashville, and Austin. Always in love with the energy and the company found in Southern California, Rachel Mazer headed west and got to work on her debut album. Inspired partly by her late brother, How Do We Get By showcases the soulful ways of Rachel Mazer and more importantly introduces her to a new crop of listeners ready to embrace their new favorite artist. We talked with her about all of the above and then some, including where you can see her in the coming months.

Kendra: When it came time to head off to college, you went to the University of Michigan. Were you ever considering not pursuing music on that educational level?

Rachel Mazer: Yes definitely. My dad really encouraged me to pursue music in college. I don’t think I would have done it if it weren’t for him. Even with my parents’ support, I had a lot of anxiety about it, so I got a second liberal arts degree alongside my music BFA. It isn’t a decision I look at with much excitement because I essentially became too busy with academic credit obligations to explore my own unique interests. I loved studying music (jazz saxophone performance) at the University of Michigan though – it’s an incredible community of students and teachers.

Kendra: Came from the Bay, went to the University of Michigan, and now in Los Angeles. What made you return west instead of settling in say, New York City? Many singers make their way there just as well as LA.

Rachel Mazer: The decision always felt really right to me. Whenever I had visited LA previously, it felt very energetic and also many of my friends were already out there. I was in transition living at my folks’ house in the Bay Area when my buddy offered me an affordable room in his house. I jumped on it immediately. It’s been both fulfilling and has been really helpful to stand by my community.

Kendra: It seems like you made the right choice in locale because you’re flourishing right now with “Is It So Wrong” and “Open Heart.” Were those always the tracks you wanted to release ahead of the album, How Do We Get By?

Rachel Mazer: I always knew “Is It So Wrong” would be a fun first single to release, but I really struggled with deciding on the second. I actually had submitted a different song to my online distributor before changing my mind last minute and going with “Open Heart”. I asked for help from my friends and family, but their opinions were totally polarized and ultimately not helpful.

At the end of the day, you never know what song is going to resonate with people, so I’m trying to make those decisions based on what I’m most excited about sharing. I released my third and final single on February 8th, called “Home”. The album will be released soon after on March 8th.

Kendra: It’s been noted that this album is dedicated and in part inspired by your late brother. What song do you feel he would’ve had on repeat?

Rachel Mazer: I love this question! He would have “Jupiter’s Moons” on repeat – no doubt. It’s a really vibey and unique sound-scapey ballad. The production is really exciting, and the song and vocals come from a really deep place. It’s got this cool drum loop that Tyler made out recording and sampling himself walking in the snow.

The track heavily features Katie Van Dusen, an incredible Michigan based violinist. My brother actually heard me perform “Jupiter’s Moons” live a few years ago when it was first written. He expressed how moving it was for him. I think he’d love how the studio version turned out.

Kendra: How do you feel Tyler Duncan helped shape the record in the grand scheme of things?

Rachel Mazer: You’ll hear a lot of interesting soundscapes on the record. A huge part of that is Tyler’s production. In fact, many of the individual sounds are completely unique. He’ll record something, sample it, or create a unique synth sounds rather than using public sample banks. He’s also amazing at coming up with ideas that are very complex, but sound and feel so intuitive and simple. I truly could not have asked for a better person to produce my record. His main goal is to serve the song as a whole and carry out my vision for the record in the best way possible. Also proud friend bragging moment – Tyler is a newly Grammy-nominated producer for Jeremy Kittle’s most recent record.

Kendra: Once the album is out, will you be playing locally or nationally soon after?

Rachel Mazer: I’ll definitely be playing both locally and nationally when the record comes out. I’ve been talking with people in New York, Chicago, and parts of Michigan. I’ll be making show announcements soon! 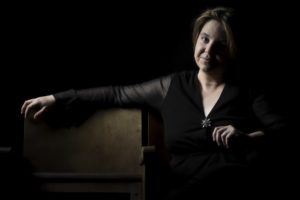 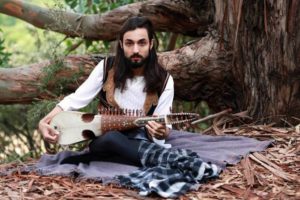 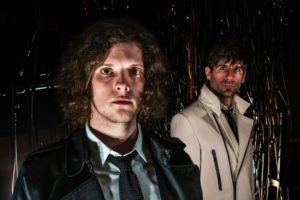 The idea of being in twos dates back as far[...]