Turn on any mainstream station today and you’ll hear the same five or so songs played on a loop. It’s been like that since the beginning of time and many have run towards that level of success for just as long. That was until the internet took over and artists could reach various levels, even the big time, without taking the same old, traditional path. Los Angeles’ Ramsey is one of those creative types who isn’t too keen on airwaves and what’s spinning on them. Instead she does things her way. Her sound is quite unique. To give you an idea of her style, her latest single is titled “See You Bleed” and if it was part of a movie, she felt it’d fare well during a “great sex or drug scene.” That’s what Ramsey is working with. Perhaps because when she put pen to paper and started to construct it she was craving something “that could not be satisfied.”

While she breaks some rules with her music today blending various styles from trip pop to ambient ways, she wasn’t always like that. She said that back in the day she was quite the opposite, “I was always shrinking and hiding behind other people hoping that no one would notice how insecure I was.” That’s why she took to writing early on when she started to be influenced by not only her own personality, but the likes of Kurt Cobain and later Bon Iver. She explains, “I’ve never been a good speaker..like ever. I can remember back to as early as when I was six or seven years old, whenever I had a problem with my mom or was upset with her I would write her a letter instead of talking to her about it. It was through those letters, I guess, that discovered I could get across easier, the point I was trying to make, and even add a little poetic flair.”

On top of singing and writing, Ramsey also plays the part of producer. Other than wanting to get the exact sound she wants, it’s about the control – which is something you can never be too loose with, especially when you’re an artist. She says, “That is one of the most appealing parts to me about doing it all myself…as overwhelming and emotionally challenging as it can be at times, I wouldn’t have it any other way. I have been in bands and choirs and worked with different producers my whole life and never felt like the outcome was the way that I had imagined it or hoped it would be. And plus it got kind of annoying to rely on someone else every time I wanted to make music.”

She sings, she writes, she produces and she plays live. Ramsey is playing April 4 at The Mint down on Pico if you’re in LA – head out because it’s a free show for all ages. After the show she’ll continue to focus on making music, collaborating with fellow artists and playing more. 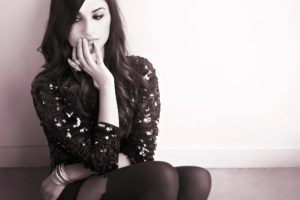 With a voice that often garners comparison to the late[...] 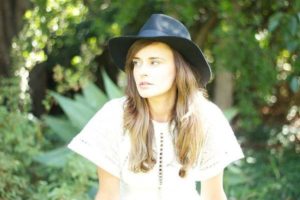 Live music is unlike anything else. Those who love the[...] 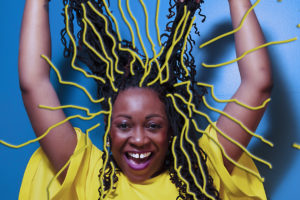