At any given moment there is a nature documentary playing within the confines of my apartment. That’s just a fact. So it was no surprise that when I came across the work of Rosamond Lloyd, I was instantly enamored. So much attention, detail, and adoration go into each and every animal she sculpts. She also puts all of those attributes towards her conservation efforts as well. As a fellow nature lover, it was a pleasure and a true honor to dive a little below the surface of one of the most pristine sculptors around; Rosamond Lloyd.

Kendra: What artistic lessons do you feel you inherited from your mother and grandmother without them ever having to teach you?

Rosamond Lloyd: My grandmother was a great observer of things around her and my mother also had an acute eye for detail, both qualities that I have benefited from and use in my work today. Their creativity and highly imaginative, enquiring minds combined with a shared inner resilience and a ‘can do’ attitude to everything that they approached had a great influence on me as a child, without perhaps even knowing it, and most certainly inform my approach to my work today.

Kendra: From the starting line to where you are now, you’ve done a lot; design, radio and even some law. How did all of that lead you to sculpt?

Rosamond Lloyd: Throughout my life and the different things I have pursued, I have always sculpted, in a way. As I child I would play around with clay, plasticine, and junk modeling, as a teenager and through university I was interested in creating masks, costumes, props, and set designs and this informed my later design work and laid the foundations for my development as a sculptor. During my time in radio, at law school and beyond, I would still be seeking out any opportunity to create with my hands and one thing led to another. You could say becoming a sculptor was a foregone conclusion.

Kendra: Can you remember the first time you felt like sculpting was more than a hobby, but an actual viable career path?

Rosamond Lloyd: It wasn’t until I found a local bronze sculptor who agreed to give me a short apprenticeship that I realized I might be able to turn a passion and interest into a career. This was shortly after I had turned 30!

Kendra: You deal a lot with African animals. Do you travel there often for inspiration? If so, which regions have you gone to and what’s still on your bucket list?

Rosamond Lloyd: With back to back commissions, annual shows not to mention my family commitments, I don’t travel to Africa as often as I would like, but when I do, I find Zambia, the South Luangwa National Park, and the Lower Zambezi National Park offer me the most unspoiled and genuine safari experience away from crowds of people and where I can truly feel at one with nature. The wildlife attracted to and dependent on the fertile banks of the river that winds its way through both national parks means that sightings of elephants, hippos, buffalo, antelope, wild dogs, spotted hyenas, vervet monkeys, and baboons, lions and leopards are plentiful and the array of birdlife is second to none.

Wild Dogs thankfully reappeared here in 2015 although tragically, rhinos were poached to extinction around 20 years ago. Still on the bucket list of places to visit, amongst many others, are the Masai Mara National Reserve (for the migration), Chobe National Park, Botswana for its elephants and the Lewa Wildlife Conservancy in Kenya (a UNESCO world heritage site that is a refuge to the critically endangered black rhino). The latter ties in with my work with Tusk who have been a partner of Lewa since its inception.

Kendra: Your art goes hand in hand with being a proud conservationist and your affiliation with Tusk Trust. How did you get involved with them?

Rosamond Lloyd: I was first introduced to Tusk by the owner of the Cotswold Wildlife Park, in Oxfordshire, Reggie Heyworth, who was also a Tusk Trustee. He commissioned me to create a bronze commemorating the birth of the first white rhino in the park’s history and I suggested that we might consider making it a very limited edition sculpture, with subsequent editions, sold raising money for the rhino conservation projects managed by Tusk.

With a passion for nature and conservation, I was keen that my work should, in turn, help the subject matter that had inspired me to create it and this seemed the ideal way to achieve that. The first edition was unveiled in London by Reggie and Charles Mayhew MBE, founder and global CEO of Tusk and received great acclaim. All but one of the 10 editions have since sold, each raising substantial funds for rhino conservation and I have held back the final edition which will ultimately go to a very special home! Since then, our collaboration and my commitment to conservation have continued and flourished.

I have regularly shown my work at Tusk events, fundraised for them through an auction of my bronzes and staged a London show in aid of Tusk with best selling author, explorer, photographer Levison Wood, also a Tusk Ambassador.

Kendra: What’s next for you and your art? A new series? New subjects? Exhibits?

Rosamond Lloyd: I continue to be busy with private commissions, have been invited to set up a gallery and live sculpt for a second year running at the ever popular Henley Festival this summer for which I am excited to be creating several new bronze wildlife pieces (not African Wildlife this time!). I am also currently working on two further editions of one of my larger bronzes, A Trio of Lions, one of which will be auctioned by Tusk at their high profile London Ball in May, to raise awareness and funds for the protection of lions in what is their “Year of the Lion.” 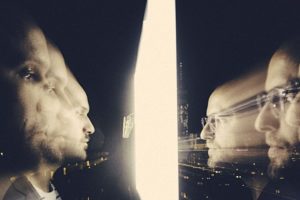 Social media has done so much for the world since[...] 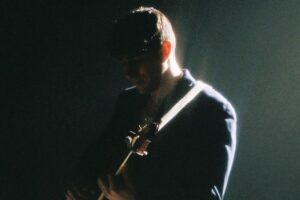 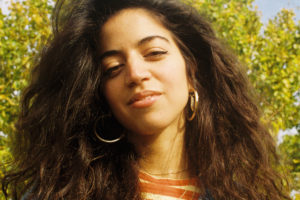