In 2015 Krisizz KP stepped out onstage for her first performance at Latin Billboard’s Artist Showcase. Since then the talented dancehall artist has performed at Harlem Pride and released a phenomenal single ironically enough titled, “Fenomenal.” It’s the first of what she calls a string of singles. Now get to know more about Krisizz KP as she talks music, culture shocks and more.

Kendra: Music made its way into your life long before you moved from Nicaragua to Miami. What Central American artists were responsible for sparking your interest in making music that you feel the rest of the world needs to know about?

Krisizz KP: As far as Central American artists that sparked my interest we have: El rookie, Latin Fresh, Tapon, Kafu Banton and maybe a couple of others that don’t come to mind right now. These artists are already well known, but for those who haven’t heard their music should definitely check them out.

Kendra: Moving from Central America to Miami must’ve caused for some culture shock at first. What was the hardest thing to get used to after the move and what was something that you were scared of but quickly got used to?

Krisizz KP: Moving to the US was indeed a complete culture shock! The hardest thing right after the move was school, the size of my high school was overwhelming to where I did not want to go back after day 1! Communicating with my broken English made it difficult for people to understand me!!
As mind-blowing as it was meeting people from so many different backgrounds, it was easy to get used to the diversity, and open up to learning a little from each one of them.

Kendra: Miami has a beautiful and vibrant music scene. Do you feel the move only helped to nourish your interest in music? I mean, do you feel like you’d still have found your way to music if you’d move to say, South Dakota instead of Miami?

Krisizz KP: One thing that I can say about Miami’s vibrant scene is that it gives you that push to continue pushing. Make sense? See, watching people do what you know you can do and in some cases even excel at it gives you a rush of – don’t stop, do it, you can do it, you must do it! I’m not sure about South Dakota haha, never been. Being surrounded by tropical music I like has definitely nourished and continue inspiring me to provide my audience with good music.

Kendra: You dropped “Fenomenal” recently. Can you tell us where the song came from and how you feel it best represents who you are as an artist right now?

Krisizz KP: “Fenomenal” came about after being mesmerized by someone a night that I was out. I didn’t go home and write about it on the spot. When I first heard the beat though, that feeling just came back to me and I had to get to work!

I feel that the song definitely exudes the good energy I always want to transmit through my music. Evolving over the years has brought me to a point where I am comfortable making a fun song like “Fenomenal/ Oh Ma Gashh.” Just as I am comfortable writing about pain (“Victima”) or even more conscious tunes like “Libre.” That represents me as a whole, the ease with which I can create and cater to different people going through different emotions. 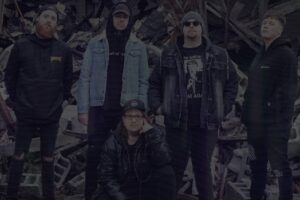 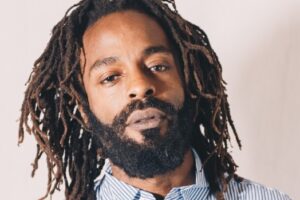 Photo Credit: Lara Forté There is so much that falls[...] 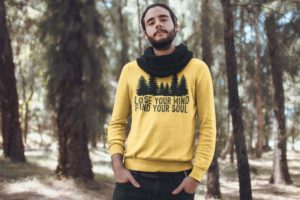