Every generation is known for something. The ‘60s had free love and in the ‘80s, MTV, but what about today? Well, it’s about blurring the lines of the expected and doing whatever feels right within you. At least that’s what’s been going on in creative spaces like music as genre is more or less non-existent for most artists, including Rural Tapes. Listening to his latest singles found on his November 18th release, ‘Inner Space Music,’ you get a picture painted with an array of audible colors that somehow manage to make sense. We talked about Rural Tapes’ pointing a middle finger at the expected, the communal feel of the record, and more in this new back and forth.

Kendra: I’ve been writing for well over a decade now and know that sometimes I can whip something out in an instant and other times I will drag my feet until the clock is almost up, but in making music – I found it wild the timeline between your debut and 2022 sophomore release. With one you took your time, but ‘Inner Space Music,’ no longer than a month. In hindsight, do you think there is a sweet spot for creativity when it comes to the length of time writing and recording a record?

Rural Tapes: First of all; Rural Tapes wasn’t an established act 10 years ago. Around 2018-2019, I went through demos and recordings I had, both recent and from 10 years back in time. Stuff that for some reason had not been used in any of the other projects I was involved with. After a while, I realized that among these recordings, I was able to find music with a clear read thread, and I could put together a nice album. I recorded a couple of new tracks also, and this became my debut, ‘Rural Tapes.’ That’s why it took so long.

Then, when I started working on ‘Inner Space Music,’ I made a dogma; for every day in two weeks, I composed a new piece of music. Thereafter I spent the following two weeks layering these. Later I received contributions from others, picked out the tracks I wanted to use, and mixed the album.

Regarding your question; No, I don’t think so. Sometimes it’s nice to have all the time in the world to let the music out, but for the most, I’ve experienced it’s a good thing to push yourself. Deadlines can be painful, and not always good, but at some point, you need to decide for yourself when something is done. And that is the hard part. For me, after I got kids, I learned how to be creative whenever I had time to create. Because suddenly the day doesn’t have enough hours anymore. If I have 30 minutes to spend in my studio one evening, I know I can create something good in that window. It’s all about focus.

Kendra: You brought a lot of people along for the ride on ‘Inner Space Music,’ from Steve Wynn to PJ Harvey. Was everyone on the record someone you’d worked with previously, or did you have some newcomers enter your realm this time around?

Rural Tapes: Everyone involved on this album are people I’ve been lucky to perform with over the years, and I’m beyond thankful for each and every contribution. I have a part-time jangle pop band with R.E.M. members Peter Buck and Scott McCaughey called The No Ones. I met Steve Wynn and Terry Edwards at a festival in Vadsø back in 2015, and we performed different songs for three nights with John Paul Jones of Led Zeppelin, Alexis Taylor from Hot Chip, and many more. What a blast!

Gary Olson, I exchange musical services with now and then; I`ve played on a couple of his solo recordings and joined in on some live shows, and he’s been involved on both my albums. Most of the Norwegians are friends and colleagues from other bands, but composer Kristine Tjøgersen and I have a different story. We went to high school together, and we haven’t worked together since then. That’s about 20 years ago now! She’s a brilliant clarinetist and also a contemporary classical composer, and she creates the most fantastic music. Her pieces are being performed all over the world at the time, and it was so much fun inviting her into this project. Everything she added to the recordings is pure gold.

Kendra: Speaking of, you put together quite the ensemble for “Arkestra Piece for Hard-working Ants.” Spanning over several minutes and genres from jazz to classical it’s quite the listen. It also made me think of how genre lines are so blurred nowadays. Would you say this track in particular is a sort of middle finger to the confined boxes the industry tries to put artists in?

Rural Tapes: Lovely question, thanks! I don’t think that track only, but the whole project Rural Tapes is a middle finger to those confined boxes. Eight years ago, I left Oslo with my family. We moved to a farm in the countryside of Grimstad, a small town in southern Norway. I loved Oslo, and still do, but I also needed something else at the time.

Although the music scene was inclusive and supportive, I got tired of musical trends and, you know…people heading in the same directions all the time. I was also a part of it back then and didn’t realize until I moved, that I searched for something else. In a way, I dried up a bit when coming to Grimstad, and it was easier to find my own core when I wasn’t working together with anyone else.

I didn’t go to shows to see popular bands, and suddenly I totally lost interest in mainstream music. I could focus more on the far-out music I enjoyed, and go even further in that direction. As an example; over the last few years, I`ve been deep down in a rabbit hole with the music of Daphne Oram, John Baker, Delia Derbyshire, Joe Meek, and so on, and I can’t see how that should have happened if I didn’t have the time and focus that I have now.

Kendra: On a sweeter note, “Candystore” made me want to ask – if you had to compare ‘Inner Space Music’ to a traditional Norwegian dessert, which would it be and why?

Rural Tapes: When I record music, I`m very hands-on, and this album is no exception. At the risk of being a little self-congratulatory, I would compare it to making my own cheese curd. For me, it’s all about analog instruments and units. I hardly use plugins, I`d rather create the sounds in the now with tape echo machines, spring reverb, and so on. It’s me and the knobs, and together we make the sounds by hand.

So, to answer your question: the track “Candystore” could probably be a sweet handcrafted candy, cooked in a pot on the stove in my kitchen. No toxic additives, only natural sugar, and flavors, maybe a mouth-watering and tempting raspberry candy? But about the album? Instead of being a sweet dessert, ‘Inner Space Music’ is more like a homemade cheese, one that gives you a tiny bit of resistance. Enjoyed with some kind of ale. Which also is a nice way to end a meal! I`m sorry if I sound like a well-groomed bearded man straight out of 2011 right now, but this is the most food-like I could come up with. Although I’m a sucker for chocolate ice cream and passion fruit.

Rural Tapes: These questions!! Thank you! I have lots of favorites when it comes to this, but today I’m choosing Kraftwerk. If you ask me again next week, I will most likely say something else. Raymond Scott? Can I?

Kendra: Lastly, with ‘Inner Space Music’ out on November 18th, what’s on the horizon as we head closer to 2023?

Rural Tapes: Live gigs! Rural Tapes will perform a lot live as a quartet in the near future, with Øystein Braut, Sigurd Thomassen, Lars Løberg Tofte, and myself. We’ll be playing in jazz clubs, rock venues, and also do an HQ Livestream from the barn on the farm where I live. This happens on December 7th and will be available worldwide.

I’ll also do a couple of solo performances, diving more into improvised and ambient music. And I track new music whenever I can, so hopefully, it won’t be too long before I release more recorded sounds either. 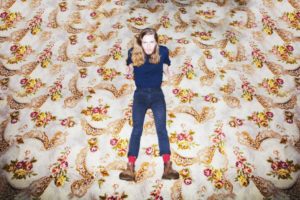 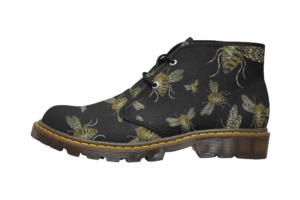 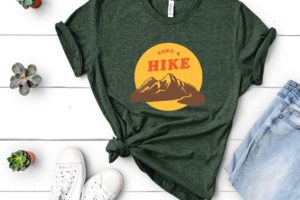