Modern music is deeply rooted in the girl groups of the ‘50s and ‘60s like The Supremes and The Ronettes. Since then we’ve seen women get in formation and come through in every genre under the sun from classic R&B to hip hop to rock music, but when they can stand in unison and harmonize as one, distinct unit – that’s truly a gift. In recent years we’ve seen a bit of a lack of these groups, but thankfully we have trios like Say She She holding things down. We talked about the minimal amount of girl groups today, what they bring out in one another, their new 45 out this week, and more – like how they came to be…

KENDRA: I’d love to know how and when you three came together and was music the basis for your initial connection?

SABRINA: We all met in New York City. Piya and I came together in the winter of 2017 on Orchard Street in the Lower East Side in Manhattan as we were living in the studio apartments directly above and below each other. We used to hear each other singing through the floorboards and very quickly made friends. We first started writing tongue-in-cheek songs about bad boyfriends, band breakups, and bad politics and soon found ourselves penning more vulnerable and serious numbers like much-needed therapy sessions. A few years after that, we enlisted our close friend and Piya’s former collaborator – Nya – to join us as the third lead vocalist. The trio was formed!

NYA: Piya and I met at a party in Fort Greene in Brooklyn. It was a Kickstarter concert for another Brooklyn-based swiss artist Emile Weibel. But we literally started singing on the rooftop together that very night. In fact, we all started singing the instant we each met!

PIYA: Haha like little birds finding each other through New York rafters and rooftops

KENDRA: We’ve had a lot of wonderful girl groups throughout history, but in recent years it seems like solo artists have been the bread and butter of the industry. Why do you think there’s been a decrease in harmony-based groups as of late?

PIYA: Honestly it’s baffling to us, especially when singing in harmony feels like the most natural thing.  Hopefully, it isn’t some market-driven reason because streaming rates have depleted a lot of artists’ traditional income and a lot of indie artists we know tell us they can barely sustain their studio costs let alone build enough resilience to focus exclusively on their craft. We think harmonies are the sound of communicating joy and that everyone needs a dose of it haha!

KENDRA: What I’ve always loved about a group is that each member brings something different to the table. With you three, what do you feel like each of you brings out in one another?

SABRINA: In our case also yes – we are all so different – not only in our singing styles and vocal textures – but in our backgrounds and the types of music we grew up listening to. When we come together for writing sessions, we encourage each other to lean into those unique differences and POVs and then try to build upon each other’s ideas and piece them together in new and interesting ways. There’ve been a few artists I’ve gotten to talk to recently that have had this ‘70s throwback style so I was excited to hear “Forget Me Not.” It was trippy, funky, and wonderful. Did you all grow up sort of admiring those vintage sounds?

PIYA: Ahhh that makes us happy! We absolutely all grew up listening to different music from RD Burman Bollywood records to Alice and John Coltrane and Nina Simone and essentially we all grew up on tapes. Tapes have that warm sound that I guess feel nostalgic for people. We all still listen to a lot of music from that era – and find ourselves throwing on old records from as early as 1969 Les Fleurs Minnie Ripperton to Turkish psych like Selda and Asha Puthli Space Talk / The Devil Is Loose. I think randomly most of my favorite songs were made in 1976? Maybe that comes across in our music but in a way that is a reflection of what we love rather than some intentional goal.

KENDRA: On the flip side, you went more sultry with “Blow My Mind.” Was this tale of going back to rock the boat with a former lover spun from reality or fantasy?

NYA: “Blow My Mind” is based on our true stories. I think all three of us have had a love that has kept us wanting and waiting. One that we couldn’t get rid of, but couldn’t get enough of. It’s like that piece of pie, or thing you know is bad for you, but you crave it anyway, and you don’t care what it does to you because it just tastes that good.

KENDRA: These two will be available on a 45 on May 20th, but there’s also an album set to drop this summer. I wanna know if you had to compare your upcoming debut record to one of the subway lines in New York City, which would it be and why?

SABRINA: I’d say the B train because it runs through the lower east side which is where we met and takes you all the way out to Coney Island to the roller coaster fun of the seaside. The single off our LP “Prism” feels like a carefree summer jam and I can picture weekend beach-goers listening to the song as they lounge by the ocean with a mermaid beer in hand!

KENDRA: Time for a side note…since April showers bring May flowers, I’d love to know what song makes you bloom with happiness and why?

PIYA: We are so lucky to have morning songs to bring us a daily ritual of happiness…one of the nuggets on recent rotation is Penny Goodwin “Too Soon You’re Old”  from her 1974 record ‘Portrait of a Gemini.’

SABRINA: We all love this song because her voice is like butter and the fluttery flute tones from the Ray tabs trio and orchestra contrast so well with the haunting lyrics.

KENDRA: Again, your 45 will be out on May 20th, but what else can you let us in on? Are you touring this year? Just focusing on finishing up the record? What’s going on?

SABRINA: Our debut LP will be out in September this year so in the lead up to that we have a few more music videos that will accompany the singles off the album so stay tuned for those in the coming months!

NYA: We are also opening for Chicano Batman in July and will be heading to Europe this fall. 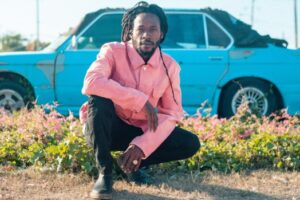 Photo Credit: Samo When it comes to Jesse Royal, tradition[...] 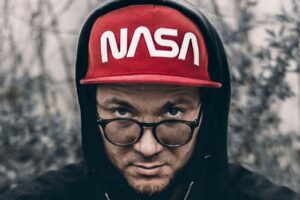 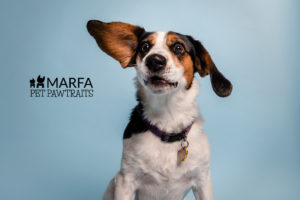