Mastering all the Pieces of Sylvia Rose Novak

Mastering all the Pieces of Sylvia Rose Novak

Angst-ridden from a small town with a back pocket full of emo records? It’s clear Sylvia Rose Novak and I would’ve found one another had our hometowns been one and the same. Alas, Novak was down south in Alabama and I was in Southern California but somehow our paths have crossed now and I’m sure I’ll be heading out to see if she comes through with the My Chemical Romance cover she talked about. We not only engaged in emo-laced memories, but also what guided her towards leaving one genre for another, the new album, ‘A Miss / A Masterpiece,’ out May 20th, and more!

Kendra: There’s this joke that country music is all about loving your hometown and pop-punk is about hating it. For you, what was life like for teenage Sylvia back when you were a teen in Opelika, Alabama?

Sylvia Rose Novak: I feel like most teenagers hate their hometown. But I definitely had more than a few good reasons. The current version of Opelika (which I will admit doesn’t suck), with its bars and breweries and gastropubs, is not the same Opelika that I grew up in. The Opelika, AL that I lived in when I was a teenager had a hard time getting an Olive Garden because the local mega-Baptist church was worried about the fact that the chain sells alcohol on Sundays.

We finally got the Olive Garden when I was maybe 16. That same church was a church that a lot of my friends went to so, of course, I was invited. The first time I went I walked outside in the middle of the sermon – the pastor was preaching on the fact that mental illness is caused by demons and I, having received a bipolar disorder diagnosis the year prior, noped right out of there.

I was definitely an odd kid, but not unpopular by any means. I was always dating someone and had an amazing group of friends – even as one of the biggest band nerds you’d ever hope to meet. My friend Morgan (Hi, Morgan!) and I used to drive around in my purple PT Cruiser with the windows down and the moon roof open blasting Jimmy Eat World, Brand New, and Motion City Soundtrack CDs.

I feel like maybe this is another one of those areas in my life that I can’t pin down. I hated growing up in Opelika because I was an angsty and mentally unwell kid who didn’t know how to navigate being such. That’ll make you hate everything. Including where you live.

Looking back and looking at it now, it’s an absolutely gorgeous town full of genuine people and people that I genuinely love. Is it the area of the world that elected a bigoted football coach as a senator? Absolutely. And I am deeply ashamed of that. But Opelika has been – mostly – willing to try to grow and change with the times. You can’t say that about every southern town, for sure.

Kendra: I ask because you spent the first part of your musical career in the depths of Americana and country music, but are now going back to your first love of sorts and that’s rock music. Was there anyone or anything in particular that guided you towards this decision, or did you feel like…well, I’ve done what I wanted to do in one, let me tackle the other?

Sylvia Rose Novak: I’ve never really felt like I fit into the country or Americana music scene, which is hilarious because I’m probably the only artist in the genre that actually trains horses / teaches people to ride as their money job outside of music.

I remember when I first started making country music I had just had a pretty long weekend of discovering how gatekeepy people could be about who is and isn’t “real outlaw country” – hint: a lot of men don’t like women singing them cowboy songs.

It was August and I was moving a flatbed full of 50-pound hay bales into my hay shed by myself and dog cussing the whole genre.

My next logical move was Americana. I found it broader and thought I might enjoy myself a little more if I leaned into a rock-forward style of country music but all it did was confuse and polarize people. I stuck it out for a bit but I’ve been a bassist since I was 12 and couldn’t find a bass player that I liked more than myself. You’ve never seen people so confused. If you’re fronting a band in the country/Americana world you can either play a fiddle or an acoustic guitar. Maybe a hollow body electric. But not bass.

After four (!!!) full-length albums in six years failed to get me any real leverage in the industry, I decided I was done making music that I had come to hate making for the sake of people who wouldn’t even purchase my music v. streaming it. Who couldn’t even be bothered to share it on social media when I released something new or had a local show. These are, of course, the same people who complained when I started playing my new – heavier – songs live.

When the pandemic set in it was truly the perfect opportunity to burn it all down and start over. It was a solid wake-up call that life is short, strange, and somewhat terrifying so I might as well do whatever I want.

Kendra: From what I’ve heard, ‘A Miss / A Masterpiece’ sounds like a record that’d lend you to tour with the likes of Jimmy Eat World, maybe Taking Back Sunday. Who were some of the pop-punk and emo bands you admired that perhaps inspired the new record?

Sylvia Rose Novak: Hell yes and thank you! I admire Jimmy Eat World immensely and seriously think you’d be hard-pressed to find someone who has listened to the ‘Futures’ album front to back more times than I have. Going on tour opening for them is actually kind of a goal of mine.

I also really loved Brand New and think that the arrangements and production on ‘Deja Entendu’ and ‘The Devil and God Are Raging Inside Me’ (I know there are some issues re: the band’s singer but those are some phenomenal albums) set a standard in the genre that most other bands fell short of.

Motion City Soundtrack, Dashboard Confessional (I wore the ‘Dusk and Summer’ album out), (early) Paramore, My Chemical Romance, Jack’s Mannequin, Death Cab for Cutie, and The Used are a few more bands that I listened to ad nauseam. I still do, honestly.

Kendra: I’ve written for a number of sites and some aren’t always about things I live for, but when I do get to write about things I’m passionate about – the flow is constant. Is that how you sort of felt when it came time to put together this record?

Sylvia Rose Novak: I actually honestly felt a little disjointed, initially. Even if I had improved as a writer, arranger, and producer over the years, I had done just one thing for so many albums. Learning to self-edit for the sake of pop sensibility posed an interesting challenge for me but, once I figured it out, it was as natural as breathing. And it was exciting.

A few songs ended up cut from the record because, as the process of making it went on, I really got my feet under me and would come back for each new recording session a little bit smarter. A little bit harder on myself and my band. Sometimes with a whole new song that fits a little better or would serve to move the album in a better direction.

I’ve got a couple of new singles in my back pocket that will be released on the heels of ‘A Miss/ A Masterpiece’ because I feel like I’m definitely just about to hit my stride making rock music.

Kendra: I always feel like I’d be the worst musician when it came time to pick a single because I’m horrible at decisions. So I’d love to know if there was a significance to “Man I Used to Be” that made you say, this is the lead, this is the first one heading out to the world?

Sylvia Rose Novak: I crowdsourced! I always do. I trust my objectivity only so far so I asked the people on my awesome team and a handful of close friends what they thought. “Man I Used to Be” was unanimously everyone’s first pick so it seemed like a clear winner for the first track out of the gate!

Kendra: There are these Emo Nights all over the country now and there was one recently in Texas in which a country band came out to do covers of classic emo and pop-punk songs. Have you ever tossed one of those into your live set, would you, and if so – which one?

Sylvia Rose Novak: We do toss a cover song into our sets! I’ve always loved to do that because it’s fun for us and the fans. We actually cut a cover of Jimmy Eat World’s “Dizzy” on ‘A Miss/ A Masterpiece’ so that one gets trotted out live for sure. We almost covered “Work” on the album instead so that may happen (live or recorded) at some point.

I have a whole list of emo covers I would love to do. I think “I’m Not Okay (I Promise)” would be an absurd amount of fun to play live.

Sylvia Rose Novak: The first one that comes to mind is “Party Hard” by Andrew W.K. because it is ridiculous and I am ridiculous. I also love the feeling that “Every Girl” by Turnpike Troubadours gives me; a kind of lightness that starts in the soul.

Kendra: Lastly, with ‘A Miss / A Masterpiece’ out on May 20th, what else can you let us in on? Are you touring this year?

Sylvia Rose Novak: Lightly! It’s been an interesting process getting back out on the road but the last half of 2022 will definitely see us playing in various corners of the United States. As I mentioned earlier, there’ll be a couple of follow-up singles toward the tail end of June so be on the lookout for those, as well. 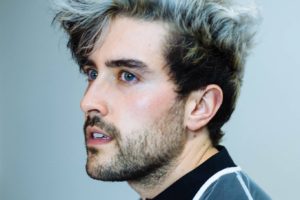 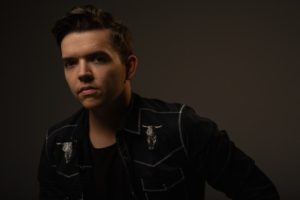 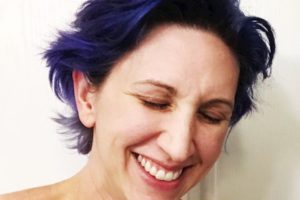 Sarah Schonert On Her Troublemaker

One album every two or three years is often the[...]