There is so much beauty in the art and performance of drag. Anyone my age today remembers the first time they saw RuPaul. The epitome of mainstream drag back in the day has brought it to households around the world in recent years thanks to the Emmy-winning series ‘RuPaul’s Drag Race.’ Households where girls like me watch, and where once upon a time aspiring queens like Scarlet Skylar Rae once watched with friends.

Having always been interested in drag, Scarlet Skylar Rae decided it was time to finally live out that dream. Today, she’s not only a queen but a queen who can sing her heart out – and does. From Pride festivals to the club scene, she loves a stage just as much as she loves being a huge activist in the LGBTQ+ community. We talked about her latest single “Same Old Me,” local LGBTQ+ issues, and more in this back and forth.

Kendra: You say Scarlet Skylar Rae was created for this, and I know a lot of Queens relate to that sentiment. They say who they are in drag allows someone new to emerge, like a whole new side of their personality. Did you sing before Scarlet Skylar Rae came about, or did she inspire you to find your voice?

Scarlet Skylar Rae: I originally started performing as a folk singer many years ago playing across Scotland, but after I came out as gay, I found it a bit trickier to get booked for shows from some organisers so I gave up!

I had always wanted to try Drag. Growing up in a small town in Scotland, there was no drag scene at all! I remember watching ‘Rupaul’s Drag Race’ with friends for the first time and I decided to give drag a try with their help!

Drag is like a blank canvas where you can recreate yourself as someone new! It reignited my passion and allowed me to create new music, try out new styles, and build my own drag scene. Scarlet Skylar Rae reignited my spirit and helped me find my voice along the way!

Kendra: How do you feel you’ve grown as an artist from the first time you sang live to now?

Scarlet Skylar Rae: I’ve definitely grown a lot as an artist! Musically, I love to be more experimental and try out different genres. Obviously, some turn out better than others!

The amazing thing about drag is it’s about the show. So, compared to years ago, when it was just me with an acoustic guitar, I’ve really enjoyed going for more ambitious shows be it through; concept costumes, setting fire to guitars, bursting out of coffins, crowd surfing! The shows are much more exciting and, of course, things never go to plan but that’s half the fun! In the last couple of years, I’ve gone from small shows to large Pride festivals, to even an Australia tour, so definitely been enjoying growing as an artist!

Kendra: Now you have your latest single out, “Same Old Me.” You go deep with this one as it unravels what it’s like to face not only your own mental health but the trauma you’ve been through. Was this a cathartic song to write?

Scarlet Skylar Rae: “Same Old Me” was definitely a tough song to write. I went through a pretty tough time after I was spiked on a night out on holiday and was essentially kidnapped and sexually assaulted.

I’m usually an upbeat, super positive person, but this incident totally floored me. I became distant and detached and for weeks. I didn’t have much sleep kept on waking up from reliving the little I remembered in my dreams and having 3 am conversations with myself

I’ve got incredible friends, and one gave me a pep talk I will always remember. The last line of it was “It’s not what happened to you, it’s what you do about it”

So, I proceeded to put all my energy into recording this song and making it as good as I possibly could. In a way, it was the best self-therapy I could ask for. I created a rough demo on the piano, using the 3 am conversations to myself as inspiration and the orchestration just really came to me. I let all that anger, sadness, and madness pour into the song.

Prior to the incident, I had an amazing run of shows but unfortunately had to cancel a few planned events. I used that time to work day and night on the song. Essentially, it was very much a cathartic process in writing the song. I debuted the song a few months later at my hometown’s Pride Festival. It was an incredible day in which I was invited to introduce Sir Ian McKellen and later performed the song, surrounded by friends.

Kendra: Thank you so much for sharing your story with us. Is there more new music on the horizon after “Same Old Me?”

Scarlet Skylar Rae: Yes! I’m working on a couple of funk and acoustic tracks at the moment, which should be released later in the year.

Kendra: You’re very active in the LGBTQ+ community. What are some local issues you’d like to call attention to?

Scarlet Skylar Rae: The campaigns for the LGBTQ+ community currently in the UK is the Gender Recognition Act reform and the campaign for the addition of non-binary people to the equalities act. For those who don’t know, the Gender Recognition Act reform would allow Trans people to self-identify their gender, rather than the lengthy process that is currently in place. The self-identification reform is already in place in Scandinavian Countries and works perfectly fine!

However, even though the consultation process shows 70% of people are in favour of legalising allowing trans people to self-identify, the government is going to throw out the bill. Unfortunately, there are TERFS and transphobes in all political parties and I think it’s shocking that politicians won’t let people be who they are.

Scarlet Skylar Rae: I’ve got a few online Pride events coming up which I’ll be performing at with Miss Transgender UK, Aria Welsh. I’ve been busy recording too while we are all locked up inside! A song that always gets me through when the world is a mess is “Proud” by Heather Small because each day it’s always good to ask yourself, “What have you done today to make you feel proud?” 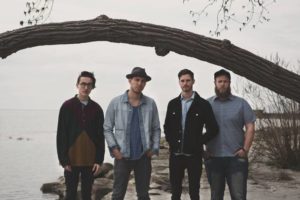 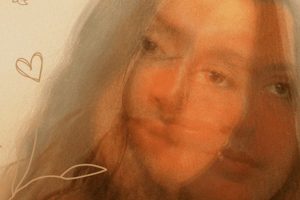 The stress of your dream school being the last one[...] 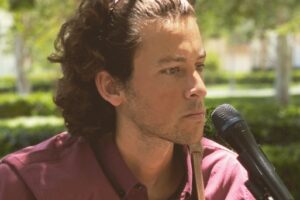 A career far from music took Jeremiah James from Colorado[...]