The Infinite Process of SHIIVA

The Infinite Process of SHIIVA

Tickets were purchased and excitement for Alanis Morisette’s 25th-anniversary tour for ‘Jagged Little Pill’ were in place. Then well, 2020 happened. I wasn’t the only one with big plans for that year. Nope, we all had our calendars and lives rocked, rattled, and rolled but it wasn’t all bad, right? We got to stay home and focus on other endeavors. That was the silver lining for many of us, including SHIIVA.

Starting a band at the start of 2020 just to have things pan out a little differently than planned wasn’t what they expected but they made it work and that’s just where we started this back and forth with SHIIVA’s own Brillo Ward. Not only did we talk about how time was spent at home, but also SHIIVA’s August release, ‘Cyclone,’ horror movies, Tony Hawk’s punk inspo, and much, much more!

Kendra: Obviously, in hindsight, there was no way of knowing that just a couple of months after forming, the world would take a turn. However, looking back, are you sort of grateful for the time at home when y’all kicked things off in early 2020?

Brillo Ward: 2020 was a very weird year right? Dealing with the pandemic as well as some of the most important social perspectives we’ve seen in recent years, following the whole world on lockdown. It was incredibly stressful, however, we found solace in taking advantage of the internet, social media, and technology in general.

We would spend hours and days still writing music and bouncing ideas off of each other all while utilizing our phones and just digital recording equipment. I honestly feel that so far we were definitely in our bag, especially during the beginning of 2020 since we were forced to sit down and do nothing. Being creative was the best choice we had. I guess I could say being grateful for that time of solitude is an understatement.

Kendra: Everyone sort of had to adjust and for creatives that meant taking full advantage of online spaces from doing live streams to releasing music videos. The latter is an artform we still utilize but one that’s not as present in everyday culture due to MTV ditching them for reality TV. For y’all, music videos played a key role in getting your name out there when venues were out of commission. Thinking back, did you have any favorite videos growing up that you sort of pulled from for SHIVA videos?

Brillo: MTV music videos back in the day were like an everyday consumption for us, so it was entirely important for us to pay full homage to old music videos that inspired us throughout our lives for SHIIVA. The funny thing about us, however, is we all come from different types of music that all fall under punk music, so all the music videos’ inspirations were different. However, the differences are what makes the videos so tactical for us. A few music videos are Dr. Dre and Snoop Doggy Dogg – “Deep Cover,” Rancid – “Salvation,” Sum 41 – “In Too Deep,” Chief Keef – “Love Sosa,” M83 – “Claudia Lewis,” H20 – “Nothing to Prove” to name a few.

Kendra: Your most recent video, “TTG” gives me very skate park, 2000s vibes. Were you in that scene growing up? Because I know for a lot of bands today, that Tony Hawk video game soundtrack was very influential…

Brillo: So skating has always been a huge part of punk rock and even hardcore music so growing up it was something that we always were influenced by. “Let’s make sure when we write this song somebody could skate to this” was always something we would repeat over and over again when writing.

I can’t entirely speak for the band as a whole simply because we all come from such different walks of life in the punk scene, but I know I myself used to skate a whole lot with friends. I would even go as far as saying that skating is what helped guide me to punk music and all hardcore surrounding including movies, music, and even video games. Tony Hawk Pro Skater being a firm example of exposure to the music as well. I discovered some of my all-time favorite bands because of these games; AFI being one of them.

Kendra: “TTG” and more can be found on your August 2022 release, ‘Cyclone.’ How would you say you’ve evolved as songwriters when comparing it to ‘GROOV(E)?’

Brillo: So a few things have drastically changed from the initial writing process of ‘GROOV(E)’ and ‘Cyclone.’ When writing our first seven-song EP most of the writing was only Cole and I due to not having a full band yet. We sat together, wrote, and demoed this record and it was not until the writing process of ‘Cyclone’ that we had actual available members available to be just as creative as we were with ‘GROOV(E).’

It was such a privilege to have different minds together to create something so fast-paced and experimental all in the name of punk and hardcore. ‘Cyclone’ is just the beginning.

Kendra: The EP is out this summer but this fall you’ll be playing some festivals, one of them being The Fest 20 down in Florida around Halloween. With that, if you could place one song from ‘Cyclone’ in any horror movie – which would you say would be a perfect pairing?

Brillo: We are super excited to play Fest 20 this year. It’s almost like a dream come true to be completely honest as this is a goal we have had for a long time. I’m a huge horror fan so this question is pretty delightful. However, depending on when this interview is released I definitely don’t want to give away any tracklisting. But I will say that the self-title track ‘Cyclone’ itself is something that brings a whole lot of energy and a whole lot of interesting transitions in tempo. From my understanding in music theory, a sudden change in tempo is what elevates the heart rate just like what horror movies are meant to do. ‘Cyclone’ would fit perfectly.

Brillo: Memories and nostalgia are what keep us going so there are definitely way too many to count. But If I had to choose off the bat I would say attending Sound and Fury hardcore festival in Southern California. My first time going to an event was 2010 and I have not missed a single year they’ve held it since. At Sound and Fury not only do we get to see some of the most amazing bands currently in Hardcore, we get to connect with friends that we only see physically at these events. When I think of summer, I think of Sound and Fury.

Kendra: Lastly, with ‘Cyclone’ out on August 12th and some fall festivals already on the books, what else can be on the lookout from y’all?

Brillo: One thing that SHIIVA says every time we get together to either jam, write music, or chill with some food is that this is only a step in our infinite process. This band is an unstoppable force and the momentum that we hold is everlasting. We strive to be one step ahead of everything we do and music is included.

With ‘Cyclone’ already about to drop I can easily say that we currently have a large abundance of songs in the chamber that are being workshopped. One thing we’ve learned from 2020 is that we hold the highest advantage of creativity when we stay diligent with writing and planning. SHIIVA has much more to offer and we can’t wait to show you what we have planted with our EP coming out on August 12th. 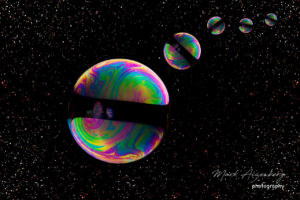 A neuroscientist who doubles as a photographer? While this sounds[...] 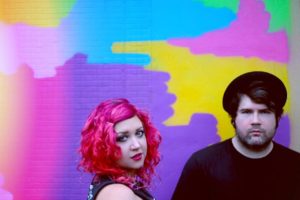 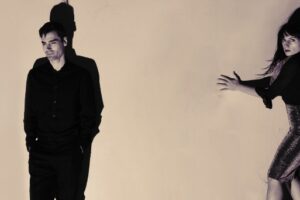 ‘New Excuse’ from The Gods Themselves is much like one[...]