When it comes to songs about luck, Britney Spears and Jason Mraz have owned my heart. That is until recently when “Lucky” by Atria landed in my inbox. Poignant lyrics encased in a humble arrangement made me want to know more about the person it came from. Thankfully, Atria was down to talk not only about the luck of life but also his debut ‘Moonbrain,’ penning more than just music and a whole lot of other stuff in the following exchange.

Kendra: On top of being a musician, you’ve spent a good amount of time writing about them as an author. Do you feel researching and penning books about other musicians’ lives and careers helped drive you to new creative heights?

Atria: I think it was the opposite. The musicians who moved and inspired and influenced me were the ones I wanted to write about. Curtis Mayfield changed my life musically. The music came first. Then I wanted to read more about his life and couldn’t find a book, so I decided to write one. But in a way you’re right.

As I researched ‘Traveling Soul,’ or ‘Better Days Will Come Again’ (my book about Arthur Briggs, a hugely influential trumpeter from the Jazz Age in Paris who spent four years in a Nazi prison camp during WWII), I couldn’t help but be introduced to artists, and movements, and all kinds of things that I had never heard of before. I guess it’s all part of the same journey. Music is endlessly fascinating. It’s one of the few things about humanity that is purely good.

Kendra: Speaking of being an author and whatnot, you’re a fan of Kurt Vonnegut. Did you pull from any of his works for inspiration when crafting ‘Moonbrain?’

Atria: Not consciously, although he had this kind of dreamy fatalism that you will also find on ‘Moonbrain.’ One of the things that drew me to his work was his ability to hold the terror and brutality and pain of life right next to the beauty and joy and ecstasy. I mean, we’re in the middle of the sixth great extinction, and it’s our fault. We know that we might not make it through this as a species. That’s some dark stuff. But at the same time, there’s a tree blooming in my neighbor’s yard right now, and it’s covered in pure white flowers, and it’s so beautiful you can’t even speak when you’re looking at it. ‘Moonbrain’ is my attempt to grapple with the fact that both of those things can be true at the same time. It’s a mindfuck, life is.

Kendra: You did draw inspiration from the Beatitudes, which is not a band (what I thought) but rather something more Biblical. You’re not a religious person, so I have to ask what drew you to these or rather – how did you know of them?

Atria: I was raised Catholic. As a writer, I often go back to the Bible and immerse myself in the language of it. The King James Bible was written by poets living in Shakespeare’s time. It can be astonishingly powerful, and it is the genesis (no pun intended) of most Western art. There’s a lot of wisdom in it and there’s a lot of bullshit in it too.

I don’t subscribe to the religion anymore, but I suppose it still shapes me nonetheless. The Beatitudes is one of the most famous speeches in literary history. It’s the part a lot of American Christians like to ignore because it’s basically the communist manifesto, spoken by Jesus. It’s also a series of very naive, almost childish beliefs. “Blessed are the meek, for they shall inherit the earth.” I want it to be true, and nothing about life suggests it is even remotely true. I find that terribly difficult to accept.

Kendra: You looked to those for your single, “Lucky,” a song that kind of breaks down life as a string of luck-based incidents, right? Can you expand on that notion just a bit?

Atria: For me, there was a painful sense of betrayal as I grew up and looked at the world around me and realized that these beautiful sentiments were just that: sentiments. You’re taught to believe it as literal truth, but life simply doesn’t work that way. This song was a message for my niece and nephew, who are now seven and five years old, so maybe they won’t have to go through that sense of betrayal.

These are nice ideals to fight for, but if you want to survive in this world, you’d better also understand the rules. It comes down to power, and so much of that comes down to things you have no control over. I mean, think of the facts of your life: gender, race, birthplace, parents, health, stature, attractiveness, physical and mental abilities, etc. Did you choose any of those? No. Do they define the quality of life and access to wealth and power for you and nearly all of humanity? Yes. It’s a weird thing to write a song about, but I write songs about weird things sometimes.

Kendra: This song, and others, were written with your niece and nephew in mind. I’m also an aunt and this past year especially, I’ve been worried sick about my nine-year-old nephew, his mental state, and his future. To you, what are some clear-cut things our generation can do to ensure they will have a decent future moving forward?

Atria: I made this whole album for them. We’re in dire straits. I just couldn’t ignore it. I felt I had to try to sing about something of importance, or else be a coward and abdicate my responsibility to these innocent little goofballs who are going to have a very hard road ahead. We are far beyond the point where individual action will save us. Our generation needs to pass some sort of Green New Deal. We need to treat solving the climate crisis the way we treated WWII or the Space Race. We need drastic, immediate, global action on a scale we’ve never seen before. This is not my opinion. These are the findings of NASA and the Pentagon and the IPCC and Goldman Sachs and JP Morgan.

All of these massive, global powers have released reports in the last two or three years outlining in terrifying detail how much danger we are in. Not only have we not responded, but we have also actually gone backward in some ways. It might be impossible to solve, but that’s no excuse for not trying. On the musical side, I couldn’t understand why no one was writing about this. I mean, the last person I know of to sing about ecological collapse was Marvin Gaye, and that was fifty years ago (literally, “What’s Going On” came out in May 1971). In times like these, what’s the point of being an artist if you’re not paying attention? Why sing a song if you have nothing to say?

Atria: I wrote a murder mystery during the boredom of quarantine. Maybe I’ll try to get someone to publish it. I’m also working on another album, a completely different project from Moonbrain. And later this year, I’m going to do a remixed/remastered 10th-anniversary edition of my band Morningbell’s fifth album, ‘Basso Profundo.’ 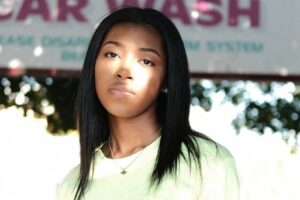 Adolescence brings about a lot of changes in our lives;[...] 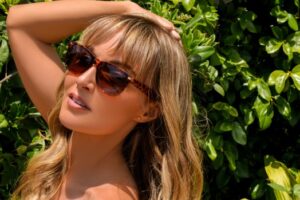 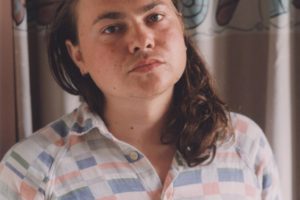