“I do not understand why, when I ask for grilled lobster in a restaurant, I’m never served a cooked telephone.” – Salvador Dali

Sometimes, you just have to stop what you’re doing and question “reality.“ Is this table really a table? Is that person telling the truth? Is this version of history true?

From TrendHunter article: The quirky Harper’s Bazaar Surreal Appeal exhibit was inspired by the Dali exhibition at MoMA.

Artists have been doing it for ages and, in fact, Salvador Dali, one of the most famous participants in the Surrealist Movement, built his livelihood on the very act of bending “what is” to suit his artistic desires.

Even in his personal life, Dali, bucked convention and created his very own version—perhaps, even a virtual version—of reality on, in or with every type of media available, at the time. Dali used the canvas, cars, lollipops, television or in one unique instance a Rolls Royce filled with cauliflower.

In a way, don’t we all italicize our realities? In part, that is why art exists. We can take a look and interpret how close or far, what we observe is, from our own “reality.”

Perhaps, that is why virtual reality is squeezing its way back into the technological world. The fact that technology has made VR easier to access and experience might also have helped its resurgence into mainstream society.

All of these versions of reality seem to have shaped the truth of who and what lurks, just beneath the surface and have unearthed even more questions about what is truly “real” in this world.

© Russell Foltz-Smith Trees No. 6 – Alone in the forest of the self

“The universe makes ‘sense’ of the randomness,” said Russell Foltz-Smith, noted artist, philosopher and mathematician, during a recent interview. “There is irrationality built into our subconscious. Our awareness is only a thing, because pattern can recognize pattern. Pattern cannot recognize non-pattern.”

An unpleasant part of going deeper into some of the most looming questions is that, sometimes, the bubble of common historical views is pierced or in Dali’s case, blown apart. Dali was, it turns out, not such a nice person. In fact, his self-reported behaviors as a child, would give anyone pause. For example, as a five-year-old, Dali says he pushed a little boy on a tricycle off a bridge with no barrier. Later, as the wounded boy was being cared for, a young Dali sat contentedly in a rocking chair keeping count as the bowls of blood-tinted water were carried out of the room.

There is no question of Dali’s unparalleled creativity, ageless quality and global popularity and his inimitable oeuvre or body of work is massive. However, does notoriety excuse bad behavior?

“No. There is no excuse for bad behavior,” says Foltz-Smith. If the question is: “Can you divorce the art from the artist?” Foltz-Smith continues, “More than a trivial amount of science, was discovered and driven to industry and social causes, by people who could be considered questionable. We don’t excuse the scientific discovery because of the actions of the researcher or discoverer.”

It could be argued that since art is a time capsule, which offers a glimpse into society and the life of the artist, Dali could have been a victim of his surroundings. However, ethical behavior, is timeless. Also, one could write off his entire career as one, strange, drug trip. But, despite his melting clocks, curly mustache and the fact that his career was centered around an era of drug culture, he took absolutely no drugs. Dali once said, “I don’t do drugs. I am a drug.”

No truer words were ever spoken. Take a look at one of Dali’s landscapes and it is easy to imagine that he could have foreseen Virtual Reality as did many of the surrealist works. Is it possible that VR could be the new frontier for augmented reality? Perhaps, a fresh view of an old way of seeing ourselves?

“It’s all one world,” says Foltz-Smith. “We have no choice but to constantly look at our relation to the world. I can’t claim a ‘reality.’ I don’t think Dali had special access to reality that others didn’t.”

Perhaps, this issue is less about the technology we create and more about how we perceive and perpetuate the historical constructs around the art and artist. “The cult of personality that exists, cuts other people off, making people think they can’t paint like Dali.” In other words, “We all need to develop literacy around recognizing that no one has special access to “reality.”

Could VR be a supporter of individuality of thought and, potentially, break the cult of personality?

According to Foltz-Smith, first, we should, “Stop calling it virtual reality. VR is about projecting images that take up so much bandwidth in someone’s brain so that it is taken in and absorbed.” Developers and creators have a long way to go, before VR can become a true representation of the real world. “People who work in virtual reality should start paying attention to actual ‘reality’ and putting it into their form,” says Foltz-Smith.

To make matters even more complicated, there is a certain kind of exclusivity that comes with VR that is, “not coming from a wholistic place. The price of creating art is very low (you could create art with a rock and a wall). VR is a well to do persons idea of art,” he adds.

Before any progress can be made, technology companies have some big “Realities” to attend to. “VR has yet to confront the reality that only a hand full of people can access the technology,” says Foltz-Smith.

With so much questioning, bending and virtualizing, it’s a wonder anyone knows what is real, anymore. Or, whether we can replicate that reality to suit our desires, as Dali did all those years ago.

In his essay, “Parallels — the extent of trees and persons,” Foltz-Smith concludes, “To digitally model an actual tree with sufficient complexity to consider that model a reasonable clone would take more computational resources than humankind has or ever will invent.”

One thing is certain, our progress in determining the ‘real,’ can lead us to the conclusion that our own abilities are far greater than we could have ever imagined. 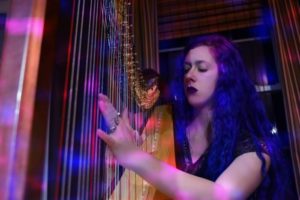 Inspiration can come anywhere at any time. For Emma Newton,[...] 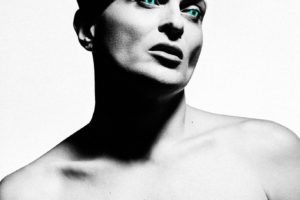 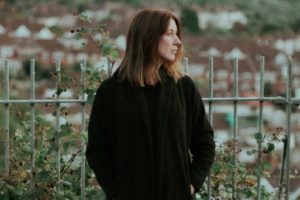 Beautifully layered music reflecting her time in London is what[...]