This photo shows a poster with the drawing of a human by Leonardo da Vinci in a medical practice of sport and health.

The seemingly endless fascination and almost obsessive curiosity about Leonardo da Vinci’s body of work, and, more specifically, the minutiae of his personal life could be connected to the man, himself. In, “Leonardo da Vinci: The Mind of the Renaissance,” by Alessandro Vezzosi, our innate curiosity is met with juicy tidbits and beautifully, descriptive excerpts, as well as glorious, full-page curated pieces of da Vinci’s artwork and journal entries.

Rotunda Roof, Dome interior of the capitol in Washington DC, the seat of the government of the United States.

Translated from the French version by Alexandra Bonfante-Warren in 1997, the book, part glossy artbook and part biography, is published by Abrams, and begins with a quote from da Vinci’s grandfather, brazenly acknowledging his grandson’s lineage. The document containing the quote was discovered in 1939 and shed new light on da Vinci’s repeated claims of being an illegitimate son. The book is divided into five chapters, representing sectors of da Vinci’s life, followed by a slew of documents (including excerpts from da Vinci’s notebooks), suggested reading, as well as a substantial index.

Vezzosi profiles da Vinci’s breathtaking honesty and perfunctory descriptions of various categories of his own illegitimacy. It makes da Vinci seem almost fearless—most definitely human. Perhaps it is that fearlessness, accompanied by his mind-blowing scientific drawings and mathematically precise artwork, that sparks the genius in everyone who takes a peek.

Drawing of a human by Leonardo da Vinci in a medical study of sport and health.

Alessandro Vezzosi is well equipped to tackle the depth and breadth of da Vinci’s accomplishments. Not only is he an art critic and expert on Leonardo da Vinci, he also authored many books, articles, exhibition catalogues and organized museum exhibitions on da Vinci, the Renaissance and modern art.

It’s hard to imagine what everyday life was like in 1452, let alone how it was to grow up as an illegitimate male. Vezzosi puts da Vinci’s education into perspective by saying, “Leonardo’s childhood was richer in practice than in theory.” In other words, societal rules barred him from any career requiring a formal education. His illegitimacy was not just a mere proclamation. It was a branding, of sorts. To that end, the author suggests that Leonardo was left to his own devices when it came to his literary schooling. Proof is found in his journals in the form of mirror writing (writing with his left hand starting on the right-hand page and then, subsequently, on the left.) He was ambidextrous, which again, according to the author, could have, in part, contributed to his sensory and conceptual gifts.

He began an apprenticeship with Florentine sculptor Andrea del Verrochio when he was 17. There is nothing noted artistically before this time. Along with his apprenticeship, he also began a clearly defined literary and scientific curriculum.

A unique piece of the book, comes toward the end, in the Documents, section. Several of da Vinci’s most notable biographers are profiled. One, stand out biographer is Sigmund Freud, who created a post-mortum psychoanalytic case study, nearly 400 years after da Vinci’s death. Freud’s “…essay was not based on therapeutic interviews” as were many of his previous case studies, “but on an examination of the artist’s surviving notebooks and paintings.” The most fascinating part of the “examination” process exists not in Freud’s findings, but in his summation of da Vinci. Vezzosi, concludes, that Freud’s essay reveals more about the examiner than the subject: “He was like a man who wakes too soon in the darkness, while others are still sleeping.”

Statue of Leonardo da Vinci in Piazza della Scala, Milan – with a grunge texture background for an ancient look

Finally, the book highlights da Vinci’s experiences and wisdom in the most efficient and effective manner possible, from the man, himself: “Although some 7,500 pages of Leonardo’s notebooks survive, he is reticent about his personal affairs.” In the diary excerpts, however, da Vinci does weigh in on:

“The Artists Temperament and Good Working Habits—To the end that well-being of the body may not injure that of the mind, the painter or draughtsman must remain solitary…and if you must have companionship, find it in your studio. All other company may be highly mischievous.”

“Beauty–It happens, indeed, that we love what resembles us: if you are ugly, you will choose faces without beauty and you will make them ugly as do many painters whose figures resemble their maker.”

“Logic and Creativity—Experience is never at fault: it is only your judgement that is in error in promising itself such results from experience as are not caused by our experiments.”

“The Cave of Knowledge—Urged by an ardent desire, anxious to see the abundance of the various strange forms that nature the artificer creates…I arrived at the orifice of a great cave…Two emotions suddenly awoke in me fear and desire; fear of the dark menacing cave, desire to see if it hid some wonder.”

“The Painter in his Workshop—“The sculptor’s face is covered with paste and all powdered with marble dust, so that he looks like a baker…his house is dirty and filled with chips and dust of stone…we may say that just the opposite happens to the painter, since the well-dressed painter sits at great ease in front of his work, and moves a very light brush…”

“Art History—da Vinci suggests that studying the pictures and basing his standard on that of other painters will bring “small merit.” If a painter chooses to study “natural objects he will bear good fruit; as was seen in the painters after the Romans who always imitated each other and so their art declined form age to age.”

Anatomy art by Leonardo Da Vinci from 1492 on textured background.

“Sex”— Although da Vinci abhorred blatant sexual promiscuity: “The act of coupling and the members engaged in it are so ugly that if it were not for the faces and adornments of the actors, and the impulses sustained, the human race would die out.” However, he was a “forerunner in the Enlightenment” in understanding and respecting the scientific study of human anatomy. Regarding the male sexual organ, da Vinci wrote that it, “has dealings with human intelligence and sometimes displays an intelligence of its own; where a man may desire it to be stimulated, it remains obstinate and follows its own course; and sometimes it moves on its own without permission or any thought by its owner.”

Despite the various weighty conclusions by notable (or not so notable) biographers, it is clear that da Vinci’s curiosity, forthrightness and prolificacy will continue to inspire the artist within for many years to come.

Leonardo da Vinci, one of the greatest minds in the history of humanity 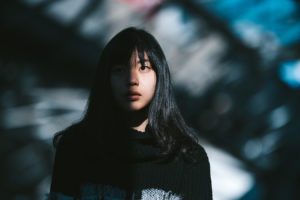 February | LOST TWIN  DISCERNMENT IN THE DARK By Tricia[...] 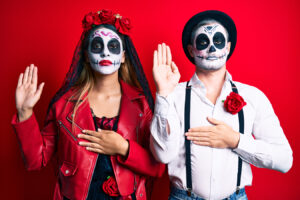 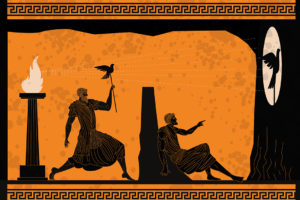