Raised by a single mother who endured her fair share of hardships, including surviving being shot, Vital learned about endurance early on. His mother also is the reason this singer-songwriter found his way to music. He says, “She let me be me, showed me the ropes as well as love, and never stopped believing in me. As a child, she introduced me to all genres of music also brought me around a lot of influential people.” With that, his mother also instilled a sense of independence in him, a quality he’s brought to the forefront of his sound.

With his self-titled debut coming soon, Vital has recently released single “Finito.” A song that takes elements of rock and electronic, but a video that looms on the dark side – Vital is making sure he puts a permanent mark on everyone who comes across him with his timeless sound. That was on the table as we talked about his music, as well as his time in the day, and a lot more.

Kendra: You’ve kind of moved around a bit from NorCal to Chicago and back again. Do you feel an artist needs to see various places and faces for inspiration?

Vital: I most definitely do. Being in and living in all the places I’ve been in is what sparked my versatility. Learning about different cultures and different walks of life helped me write better.

Kendra: Being in San Francisco now, do you feel like that city’s free spirited way has helped your sound at all?

Vital: I would have to say yes and no. Yes because when I left my mother’s house as a teen Downtown San Francisco was the first place I ran to. I learned a lot from and gained knowledge from many inspirational figures there. I say no because I was born free spirited, so everywhere in the world I go I fit in.

Kendra: So I know you aren’t a big fan of the airwaves, but has there been a mainstream song in the last year or so that’s made its way into your heart?

Vital: I love all genres of music so that’s a hard question…but if I had to pick just one I would say it would have to be “Middle” by DJ Snake and Bipolar Sunshine

Kendra: You’re more about creating “timeless” classics. For you, what are three things a song has to have to be timeless?

Vital: Creativity, originality, and fearlessness. You can’t be afraid to step outside the box

Kendra: Going back to San Fran, your video for “Finito” has a lot of the city within it…and also a body bag, but that aside what place in San Fran is your favorite to write?

Vital: I literally write everywhere I go…sometimes even in my sleep…but in SF I would have to say Sunset Beach located in the Avenues of San Francisco

Kendra: Now what’s going on with you musically in the second half of the year?

Vital: To be honest I’m just gonna keep dropping music. My goal is to perform in front of crowds of people chanting my music. I’m an artist who lives for the moment so who knows what the world has in store for me. Right now I’m signed to an independent label which is great because I have my own creative freedom and that’s what I asked for so I’m excited about my future. 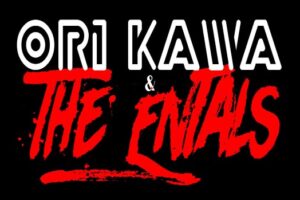 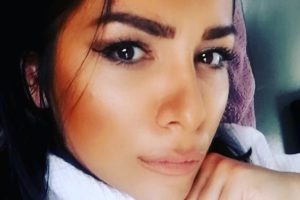 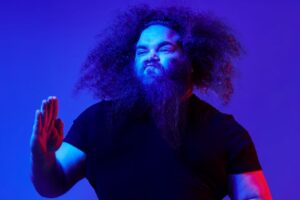