Concerts were a huge part of my existence back in my 20s, today it’s hard to get around to going because well, there the whole global crisis in 2020 that stopped us dead in our tracks. However, some songs have the power to take me back to those days squished between strangers, passionately singing words that mean something different to each of us, sweating – a lot. One of those songs was by the band Wars. I had to ask them about what song made them feel that way and their vocalist, Rob Vicars, recalled a show he went to back in 2019. Rob also talked about a myriad of other things like the band’s new album, ‘A Hundred Shivers,’ out at the end of this week. So keep on keeping on to see how this chat unrolled.

Kendra: We’ve all heard of and are used to singles being released before an album, but you all went with… chapters? New, interesting, and made me wonder – are you a band made up of big readers, or did you just want to try something completely out of left field for this record?

Rob Vicars: A lot of our music is inspired by certain books, or ideas we’ve found in books. But ‘A Hundred Shivers’ being split into chapters felt like a new way for us to write and release music with specific themes, to play more shows, to do merch closely aligned with those themes – ultimately it felt like we wanted to pack so much in it would warrant its own space – it’s own chapter – within the record. Obviously the shows and merch didn’t happen due to the pandemic but it was still an exciting way for us to get to talk about what we were creating more often.

Kendra: Do you each feel particularly close to one chapter over another?

Rob Vicars: Actually releasing throughout the pandemic I think brought us closer to each chapter as we had to spend so long with it. I know “Only Monsters” takes me right back to the start of everything, before the pandemic – “Murmurs” and the colours we used in Chapter Two sends me to summer 2020. It’s weird how music latches on to certain times in our lives, right.

Kendra: Was it decided early on which songs would make up each chapter?

Rob Vicars: We had an idea of how we wanted the whole thing to play out – and which songs were going to fit the themes of each chapter. But it meant we could keep it fluid, and if we found we had something else to do or say under the banner of one chapter or another, we could do that. It gave us that extra fire and buzz when it came to releasing something new.

Kendra: Chapter Four was the final one of the bunch with the last single being “A Fragile Thing.” This song reminded me of being in the midst of a local show at a familiar venue, sweating through every layer of clothes I had on, and feeling carefree. Are there any songs from any bands you like that make you feel that way?

Rob Vicars: Toward the end of 2019 I went to see A Day To Remember at House of Vans in Waterloo. It was rammed, and it’s an incredible venue. When they played “All Signs Point to Lauderdale”, it felt to me like the place erupted. It was SO hot, and I love that song so much, it just felt like a massive moment. It’d been a little while since I’d been to a show like that one.

Kendra: On the flip side, this song is about the fragile state of the mind…which, after the past couple of years we’ve had as a whole, has never been more apparent. Do you think our collective mental health can recover from the continuous chaos of this pandemic?

Rob Vicars: I imagine recovering entirely probably isn’t on the cards – not that we won’t overcome it and move on, but that the effects that that chaos has had on us will leave a lasting mark. I feel like it’s all been a stark reminder of just how important music and our community is, how little our government cares about us, and how fragile our world has become. Some good can come from it though – where we go next can be a positive thing if we can learn.

Kendra: Things aren’t perfect right now, but we’re in a somewhat better place today than we were a year ago. With that, live music is back and you’re taking advantage of that with some dates in November. Did you think touring was going to be obsolete even longer than it was?

Rob Vicars: It felt pretty often like we may never be allowed all in a room together again. Live music gets in your blood, and it’s a real thing to work through suddenly not being able to have that – not even being able to go to a show. There’s few things I can remember being as excited about as I think we all are about these November shows with Area 11.

Kendra: New album out at the end of November, dates before that – but what else can fans be on the lookout for from you all as we say goodbye to 2021 and hello to 2022?

Rob Vicars: We’ll be hitting the road as hard as we can next year – knocking on doors and causing chaos in the local car park if we have to! And we have plans for where we’ll go with releasing music after ‘A Hundred Shivers’, but we’re not quite ready to share that yet – for now we just can’t wait to put this record in peoples hands at last and play a rock show or ten.

Every athlete remembers their first sport related thing, whether it[...] 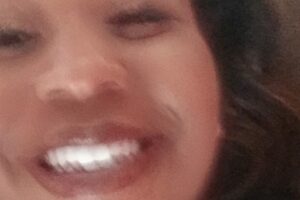 At her core, Savohna has always had music. Singing for[...] 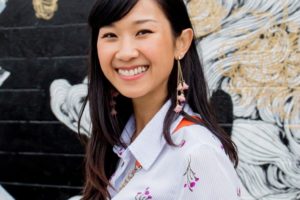 The Whimsical World of Tran Nguyen

Photo Credit: Lanny Nguyen Out of all the creative mediums,[...]