There isn’t an industry under the sun that hasn’t been hit by the freight train that is 2020, especially musicians. With touring out of the question, we talked with Luke Pelletier of Wax On about how he feels those like himself will move forward when the nightmare is over. That was on the table, as well as his honest outlook on his battles, as well as Wax On’s new album, ‘Sprezzatura.’

Kendra: Being about an hour out from Boston, is that where you’ve focused on building a name for yourselves, playing and whatnot since coming together?

Luke: We found a great sense of community and solidarity in Providence, RI and Narragansett, RI since we started performing as a band while most of us were attending URI. After the last of us had graduated, we moved to Lowell to run our DIY venue as a way to pay it forward to the grand, overarching entity known as “the scene”. While we’ve got great friends in Boston, we’ve made lil’ homes for ourselves on the outskirts of bigger metropolitan areas.

Kendra: While every city is going to have to go about it their own way, how do you feel your local scene will rebuild once we’re over this pandemic, and live music is officially back to normal?

Luke: Honestly, we don’t think live music will ever return to normal. It’s just so easy to consume media through the comfort of your own space, we think concerts are initially gonna gain some hype; some traction for a little bit once restrictions start decreasing, and then just fall off in terms of popularity. And the shows that do exist, the performers that do continue performing are going to be hard pressed to deliver a show that is worth an audience’s time and money. We think the bar has been raised by COVID-19. Our scene has been picking up the pieces by hosting livestreams (check out Death to the Scene Network, ONCE Somerville) and by sharing other community members’ music.

Kendra: Now let’s talk about the album. ‘Sprezzatura’ follows 2018’s ‘Homework,’ and was inspired by something you don’t hear every day; Body-Focused Repetitive Behaviors and OCD. What drove this album in that direction?

Luke: This question…So I haven’t been very vocal about it with anyone except a few different doctors and therapists – in fact, the fact that I haven’t spoken about it or made it very apparent makes the word “sprezzatura” resonate with me – but I’ve suffered from managing conditions called Body-Focused Repetitive Behaviors; specifically dermatillomania and trichotillomania for about five years.

These conditions are grouped in with Obsessive-Compulsive Disorders. They’re extreme levels of picking one’s skin off or pulling one’s hair out to the point where injuries can be observed and identities can be mistaken. They’re an indicator of faulty grooming tendencies in the ancient brain and faulty Serotonin uptake and dopamine releases. The reading on it is quite fascinating.

They have been super debilitating for those who suffer from them. There’s no scarcity of accounts from people that’ve simply spent countless hours in front of a mirror or somewhere just pulling at their hair or eyelashes or eyebrows or any other hair until they have huge patches missing or go bald, or picking off skin until they’ve got a bunch of visible sores and are bleeding. Nails ruined from use; time lost, identities shattered from the drastic change in their physical appearance.

I know because I’m one of those people. For me, these tendencies were amplified by stress from a multitude of factors: drug withdrawals, a living arrangement I had, sins I believed I had committed. I was never able to rectify them, the time I spent dealing with them, or the use of picking my skin and plucking my hair out as a coping mechanism to deal with the immense amount of stress I was facing. And even as those stresses faded away or fizzled out, the BFRBs stayed as a sick, stimulating addiction. Now the only remedy for BFRBs at this time is called “cognitive-behavioral therapy,” which essentially means “suck it up and just do it.”

Could you imagine telling someone that needs help to simply do it themselves out of sheer willpower? Don’t you think that person wants to quit whatever they’re ailing from, but lacks the willpower to do it? I’ve tried to push all of these things out of my life with all types of…”healing.” Medication, meditation, dietary changes, even ritual magick. None of them stuck, but some made things worse. I started having auditory hallucinations from self-induced insomnia – I started seeing things manifest in real life from nightmares I had. I tapped into spiritual networks that I wasn’t supposed to be in. I poisoned relationships and friendships I had, even with my bandmates. I ruined my own identity.

To me, ‘Sprezzatura’ is the sonic embodiment of all this. This record captures all those manic feelings; all those things that haunt me, all the pleasure I found even in pain; the intensity, the pensivity, the shame, all through music and lyrics. Everyone involved in this project cooperatively delivered the power and the poison that was coursing through my veins and controlling my thoughts when these songs started being imagined. Once we all started giving these songs life, I refused to let myself take away from driving the record down this road.

Kendra: While the album has this focused theme, one has to wonder what it means to each of you. So based on a particular interest you each have, I’d like you to compare ‘Sprezzatura’ to the following: Luke (a beloved sound), Mike (movie soundtrack – past or present), Nick (a coffee drink), and Dan (a pint of beer). So each of you pick your chosen thing and let us know which you’d compare your September release to and why.

Mike: Quentin Tarantino’s ‘From Dusk ’til Dawn’ because it’s evil, it’s about vampires and succubus’ and it’s complete orderly Chaos.

Nick: Yeah, I’d have to say espresso, because it starts with this petite lil’ beginning – a tiny cup of espresso compared to ‘Sprezzatura’s’ first song, “Tucson, but once it hits, maaaaan does it hit you. By like 10-15 minutes in you’re right in the middle of teeth-gnashing, hard-hitting, unforgiving mayhem (“The Posthumous Order & Vestige of Mother DeReckshin”). Then if you can hold on long enough, the record starts to even itself out and develop into this manageable groove that’s just super infectious and catchy.

Dan: I think ‘Sprez’ is like Carlsberg beer. For me at least, I didn’t like it at first; I thought it was all hype and kinda convoluted – I know what I like and I’m open to most things but I just wasn’t interested. Over time I kinda gave it a space to exist and each time listening to it and playing it with the band though, I could see it grow; feel it grow and grow with it.

Luke: I think 2020 and all its chaos has allowed me a fresh perspective and, in some ways, a fresh start to being creative. It has forced me to put all the work I’ve done in terms of live music into perspective, and made me compartmentalize it and seek out other ways of contributing to the world that aren’t left up to chance. Needless to say, playing live music is difficult at the moment, so 2020 has pushed me to wonder how else I can color my life and the world around me.

Luke: Plans….yeeeeeeah, I’m operating on more of a “play-it-by-ear” basis. But since it’s come out, one song that’s sure to change my mood back to what I consider “normal” is “Anywhere” by Anderson .Paak.

Dan: Anything by George Benson really, or Gershwin.

Nick: Have you ever heard of this band Closure in Moscow? Okay what about Carly Rae Jepsen before she turned out to be a total douche.

Mike: Honestly, I don’t know why but Cardi B’s “WAP” gets me hyped every time I hear it. 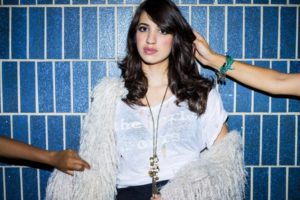 Sitting with her grandma by her side as a child[...] 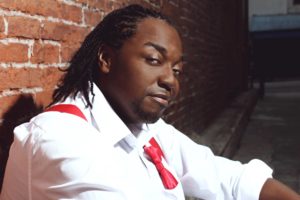 Growing up with a love for the late, greats like[...] 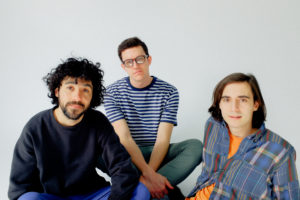 Photo Credit: Marcus Maddox “Sometimes I feel like everyone knows[...]