There are a few generations that were blessed with the power of music that MTV provided. I couldn’t help but relate to Enoka when she relayed to me that she used to rush home after school to watch. While I wanted nothing more than to be like Carson Daly, she knew from watching that being an artist was what she wanted to do when she got older. To be like Michael Jackson and Tina Turner was the dream and she notes that since then, the dream of that has never stopped. We talked about what she’s doing to achieve all her goals and then some, from working with the best to releasing the best – this is Enoka…

Kendra: We’ll talk about your latest releases soon, but first – “Salvation.” It has this sort of country twang at the start and comparing it to your 2021 singles – you showcase a lot of variety. Have you always been someone who pulls inspiration from various styles?

Enoka: I’m so glad you see me just the way I am. For better or worse, I can’t put myself in a category. I love everything from New Kids On the Block and Jackson 5 to Mark Morrison, Lady Gaga to Rihanna. I usually fall for a beat, a cruel bass line, a loop, and a lot of personality in the voice. Calvin Harris and Sam Smith made a song Promises. I fell for the bass melody here, it’s so nice and I was hooked on the song because of that. Just as salvation is so meaty with its guitar loop and R&B sound, I fell for it. I’ve been taught to adapt my voice to all these different styles with awesome producers so I think I can fit in pretty well with whatever I take on.

Kendra: So I was comparing it to the vibrant, grand pop sounds of “Running Hills.” I feel like there are very few mainstream artists delivering that style of pop. Lady Gaga comes to mind. These bigger than life, anthemic pop songs that can fill clubs. With that, what was the inspiration behind this gem?

Enoka: Robin had an idea and developed it with the music, we have the same style so it was easy for me to keep going and build this song after his amazing work. We wanted it to be a banger on the floor, but also in the car or at a summer garden party or when you are out running on the hills.

Kendra: You worked with Robin JOWI Andersson on this track. When you work with Robin, what do they add to your artistry?

Enoka: With Robin, it’s easy to get creative. He gives me confidence when we work. I give him lots of inputs and then he does magic after my wishes. With him, I dare to test my limits as a songwriter. I’m still very new to this and can easily get stuck. But I find myself more and more into this and with the right people, everything is easy, with that your artistry shines.

Kendra: Next up is “I’m Alive” and you’ve said you feel most alive when making music. What is it about the process that sparks that liveliness in you?

Enoka: I feel at my best when I get to be creative. Music is my extra lifeline and a glimmer of light from a certain voice can actually make us think better and that’s where I live up when I get to sing. I could have thrown in the towel a long time ago. but especially the time before I wrote I’m ALIVE with Robin and Tomas…But, these gentlemen picked me up at the right time and got me on better thoughts and there I took inspiration for this song.

Kendra: With all these singles coming out, are there plans to drop an album this year?

Enoka: I’d love to make an album, what a hell of a dream. I would have liked to have continued to develop my music with both Robin and Tomas, they are so damn good. I just have to flirt with them first haha

Enoka: When the world is back on track It would have been so fun to travel to England for example and promote a little on the radio, or Berlin where I am playing on the radio, a dream. But the focus is now Running Hills and I’M ALIVE, that they should be played and played and loved as much as we do. To build my brand ENOKA even more. None of this is possible without my record label Roland Billberg and Yellow Rhinestone Records, SO GRATEFUL. 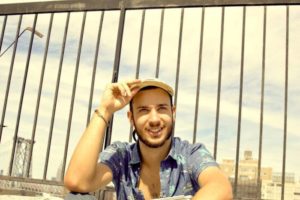 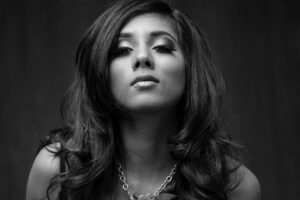 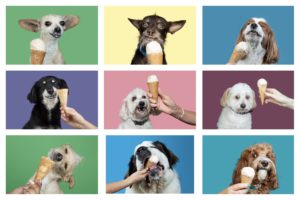 No one should live their life doing just one thing[...]