Creative types know that everything we do is a mere reflection of some part of ourselves. Whether it’s something we paint or sculpt, or in the case of Melissa Weikart, write and record. Her new debut album, ‘Here, There,’ out May 27th is just that. We talked about holding up a mirror to one’s self, summer romances, and more like how she may have literally been born to do music. Which is where we began this back and forth exchange…

Kendra: Where did your passion for music come from? Were you a choir kid, a theater fan, or a bedroom mirror performer?

Melissa Weikart: I was born in Paris on June 21st, which is la Fête de la Musique! Every year, there are hundreds of concerts in every city in France, on anything that can qualify as a stage. Family lore has it that my dad was running back and forth between the hospital and a gig he had in the neighborhood with his cover rock band, of which he was the singer. I’m sure this must have something to do with my passion for music. When I turned five, I started taking piano lessons. I’ll never forget the moment I was able to play with both hands independently–it felt like solving a very frustrating but satisfying riddle. I think that’s when I was hooked for life.

Kendra: You got your start and now you’re here, ready for the world to hear your debut ‘Here, There.’ You noted that this record focuses a lot on grasping for connection which I think is so relevant given the past couple of years. Other than music, have you found new ways to connect with others?

Melissa Weikart: For a while during the pandemic, I was fully embracing constant online communication. On top of the pandemic aspect, I have a lot of close friends that live far away, and I’m grateful for the technology that has allowed us to maintain fulfilling relationships. Recently though, I’ve realized that connecting with others starts with connecting with yourself.

I’ve been trying to spend more intentional alone time where I read or look out the window and let my mind wander. Without my phone, as challenging as that is in our dopamine-driven world. This experience of meditating in boredom is teaching me to be more present and honest about how I feel in the moment, which in turn helps me connect more deeply with friends and acquaintances when I do see them or talk on the phone with them.

Quality over quantity, calling over texting for me. A work in progress.

Kendra: The album also gives off a reflective impression from the lyrical content to the cover art literally featuring a mirror image. Do you feel it’s easier for you to self-reflect through song than perhaps a conversation with someone?

Melissa Weikart: Well, songwriting has always been an outlet for self-reflection and a space to untangle spicy feelings. But the feelings that I bring into a writing session are also prone to being spun into fiction, sometimes a combination of different experiences rolled into one song or my own interpretation of a common lived experience. For example, one of the songs on the album called “Who Made It” wasn’t inspired by my inner reality at the time – it explores the painful unraveling of a fictitious long-term relationship, and I take on the role of one crestfallen lover who is trying to make sense of their disillusion.

But self-reflecting through song indeed permits a kind of indulgence in a mood that isn’t as accessible through the implied logic of conversation. Songs aren’t an exchange between two individuals, and they aren’t expected to be vehicles of clear communication. They hold space and take on dimensions; they will be interpreted in as many different ways as there will be listeners. But there’s no hierarchy to all of this – I will always self-reflect through song and through conversation and each act of processing our world will continue to inform the other.

Kendra: So the title track lets us in on a summer romance that you knew had to end once fall came. Did knowing that there was an end date approaching allow you to live more in the moment?

Melissa Weikart: Absolutely. That’s the beauty of summer romance, a fleeting connection that brings two people close together in a short period of time. The expiration date is a kind of safety net, you’re free to feel as deeply as possible because…it won’t be anyone’s “fault” when it ends. The breakup is already accounted for. But..it’s naive to think that living in this kind of moment is analogous to building deep intimacy. Living together in that state of emergency is extremely romantic and it is beautiful, in the words of Bjork, but I’m glad that I’ve learned to push past that and grapple with the uncomfortable reality of sitting (more like squirming, to be honest) in the unknown.

Kendra: Being born in Paris but sort of raised in Boston, I’d imagine you have this innate elegance but a blunt exterior. Any truth to that?

Melissa Weikart: Haha. Well, there are certainly some cultural differences. I didn’t ever live in Paris, but I did grow up with a French mom which meant we always had crême fraîche in the fridge and butter was non-negotiable and I didn’t discover the wonders of a pb&j sandwich until I was 14. But the main difference for me is how people express their emotions. There’s this New England politeness that precludes involving people in your personal drama unless absolutely necessary. In comparison, the French way is more…expressive.

You can very easily get tangled up on someone’s local rollercoaster that gives way to passionate yelling, but it’s usually more of a playful ritual than cause for alarm. My mom and I fought a lot growing up, don’t get me wrong, but sometimes we were just raising our voices to have a perfectly mundane conversation about the weather. And this could be shocking to my American friends, who thought the French sounded much angrier than it actually was.

Melissa Weikart: Well, I guess it would be silly not to pick my song called “Happy” for this question. Although, spoiler alert, the song is a bit of a downer. It’s a special one to me though, I’ve played it as the last song at a lot of shows, and I like the fact that it starts off as a typical verse and chorus form and then derails into a solo piano piece. It gives me the opportunity to make the piano sing, which makes me bloom with happiness, to be honest. And it’s a nod to all the hours I spent practicing Rachmaninoff one summer in high school on repeat…certainly etching a sort of predisposition for ominous loops and repetition into my music brain early on.

Kendra: Lastly, with ‘Here, There’ out on May 27th, what else can you let us in on? Are you touring this year?
Melissa Weikart: I’m really excited to be playing my record-release show in New York on June 2nd! I’ll be playing on a beautiful piano at the Owl Music Parlor in Brooklyn with the incredible Carmen Q Rothwell opening. And then in the fall, I’ll be touring Alsace-Lorraine in France with a special date at Nancy Jazz Pulsations opening for an artist that is very dear to me (can’t say yet!). I will hopefully be traveling stateside to tour next year, fingers crossed! 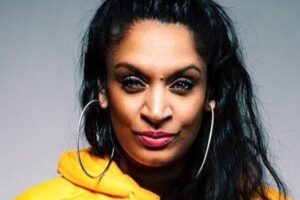 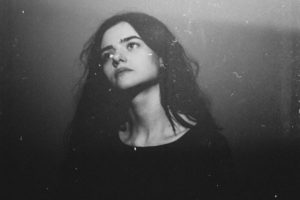 Photo Credit: Holly and Lime Photography Struggling with a number[...] 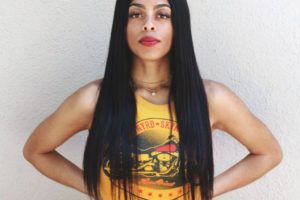 Photo Credit: Stephen Archer While Zaida was born at the[...]