Those over in the UK are in for a treat this week as Vex Red is hitting the road throughout the end of the month, starting in Leeds and ending in London. They’ll bring their signature sounds to the masses, but before you head out to the show, or sit at home wishing you were there, check in to see what their own Keith Lambert had to say about their latest video for “Air,” two decades of growth, and more in this back and forth exchange.

Kendra: Ever since that fateful day back in the ‘90s when my mom got us cable, I’ve been in love with music videos but thanks to MTV’s Making the Video we all know they can be a pain. Having just released a video for “Air,” what are your thoughts on the matter? Are they just part of the cycle of releasing a single for you guys?

Keith Lambert: Music is obviously the starting point. I personally have strong visualizations as I shape sounds around Terry’s ideas. And while videos are still an expensive and hard thing to produce, it’s easier than ever for the DIY artist to create and share them themselves. Whereas when we started out, making a music video was something only big-deal artists did and got played. So, it certainly isn’t a chore – it’s just part of the fun. Having a drummer who is also a cinematographer also helps a great deal!

Kendra: Because you have been at this since before the rise of the internet and YouTube. Heading towards 20 years, how do you feel you’ve personally grown as a musician and a bandmate all these years later?

Keith Lambert: We had a long, long break. I almost had to re-learn how to play. But then it all came back thankfully. Unfortunately, it’s not like I managed to squeeze in 10,000 hours of practice so I’m still no virtuoso. But I’ve been listening and listening, my taste has broadened and that helps expand your palette. I’ve also learned how important it is to listen to your bandmates, be more empathetic and able to respond to what they are doing – hopefully, that’s how I’ve grown.

Kendra: Were there any songs from 2019’s ‘Give Me The Dark’ you felt you could’ve penned back when you guys started or is every song on the record definite evolution for you guys?

Keith Lambert: Some of the songs on GMTD have been kicking around for a long time. We released ‘Burn This Place’ because we felt it was most like our first record and could bridge between then and now, and ease fans into something new. I suspect we will evolve further now.

Kendra: Back to the video, it’s very performance-based and gives people a taste of what to expect when you hit a city near them on your February UK tour. Other than kicking ass on stage, are there any special additions to the set people can be on the lookout for?

Kendra: With this tour comes not only amazing music but also a pledge to plant 500 trees with the proceeds. How important is it that you not only impact the music realm but the world on a larger scale with charitable efforts?

Keith Lambert: Most of us have kids now and it changes your wider outlook. I can envision a near future where they will be paying to breath clean air. What’s going on with the climate and the lack of any real substantial change frightens the shit out of me. While our pledge is small, it’s a start. I’m hoping we’ll plant them ourselves as I see huge pledges made by organizations and wonder how they’ll fulfill those ambitious targets – so here’s five volunteers! 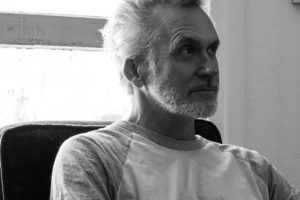 Photo Credit: Brian Lynch While the beauty of public libraries[...] 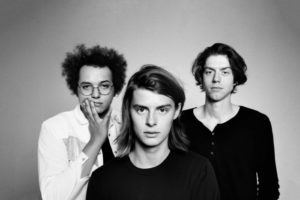 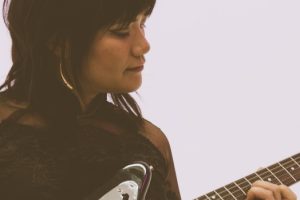