Laughed the Boy is not new to my realm. A band I’ve exchanged words with in the past elsewhere, I knew they were a great group of guys from Toronto that would be ideal to talk to in the new year about what else? Their new music. Out earlier this month, Laughed the Boy dropped their LP, Here is Fine. An album that was supposed to be out a little sooner than later, we spoke of that, frozen treats in song and more like what a cool kid their own Chris Panacci was once upon a time…

Kendra: Last we talked you were hoping for a December release of Here is Fine. What made you push it to February?

Chris Panacci: By the time it was ready to be released it was late November and the holidays seemed like a bit of an awkward time to release an album. We felt it was better to start fresh with a new year.

Kendra: Was there any last minute tracks that were cut or added?

Chris: We last second decided to include “Ice Cream,” which was previously on our Out of the Blue EP. I thought it suited the sound of the album and gave it a nice even 10 songs.

Kendra: If you had to be an honest parent and admit favorites, which track on Here is Fine would you admit to babying over the others?

Chris: I think my favourite is “Trip Down the Gold Mine,” probably because I didn’t write it and it was more fresh to me. It was a lot of fun to record, we did the drums and bass together live in one take and just gave it our all. Sean put a lot of different sounds and layers into the recording and really filled it out. When we left the studio it was probably the song that was the closest to being finished.

Kendra: I would say I leaned towards the aforementioned “Ice Cream” because I was a fat kid growing up. What kind of kid where you back in the ‘90s?

Chris: I was the type of kid who would rent a new Super Nintendo/N64 game every weekend, play my CD-Roms, hoard whatever the cool thing was to collect at any given time and sing made up words to all my favourite songs. In fact, I think I still sing the wrong words to most songs..

I would actually make up a lot of fake albums without having written the songs. I would just think of a concept, like dinosaurs, or the beach, and draw bad album artwork and think of song titles. I would also sing made-up words to songs in the video games I’d play. As you can tell I was extremely cool back then…

Kendra: Speaking of, the album hearkens back to that era in terms of sound and style. Was that a deliberate choice, or something that came naturally when you three started to put the pieces together?

Chris: Yea it’s funny because I really don’t do that intentionally. It’s kind of become a label that we’ve just rolled with. Obviously I do love a lot of 90s music like early Modest Mouse, Archers of Loaf, Weezer and Sarah McLachlan but we take just as much influence from more modern bands. Speaking of which, whatever happened to all the great adult contemporary female singer-songwriters we used to have on the radio back then, we need to bring that back!

Kendra: I noticed you guys were keeping busy with some shows. Do you have any formal tour plans coming up we can look out for?

Chris: We’ll probably do something more official in the summer, for now we’ve got some more shows booked locally in Toronto and Oshawa we’re excited about. We’re open to whatever, if someone wants to book us somewhere just let us know!

Chris: Painting by Matisse. I think Matisse suits our sound because of the contrast of dark and bright colours. It really catches the eye and makes each object stand out that much more. 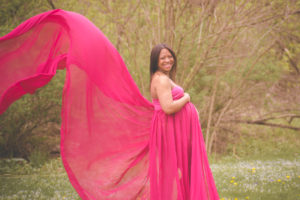 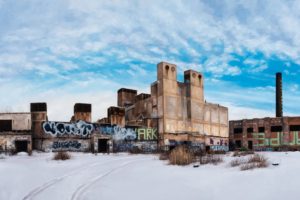 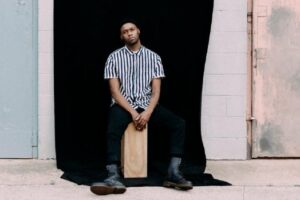